UNESCO-Equatorial Guinea International Prize for Research in the Life Sciences

The UNESCO-Equatorial Guinea International Prize for Research in the Life Sciences rewards significant efforts of individuals or institutions through scientific research towards improving the quality of human life.
Life sciences hold the key to a better future, as they contribute to poverty eradication, improved health, food and water security. The core objectives of the Prize is to encourage research, enhance collaboration amongst researchers and reinforce networks of centers of excellence in the life sciences towards these goals.

The Prize, funded by the Republic of Equatorial Guinea, is given annually to a maximum of three laureates. They receive a monetary award of USD 350,000, divided equally among laureates, to help further their research, together with a certificate and the “Integracion Tribal” statuette by Equatorial Guinean artist Leandro Mbomio.

The Prize was established by UNESCO’s Executive Board, to support the achievement 2030 Agenda for Sustainable Development as well as UNESCO’s global priorities included in the Medium-term Strategy 2014-2021.

The call for applications is open until 31 March 2021. 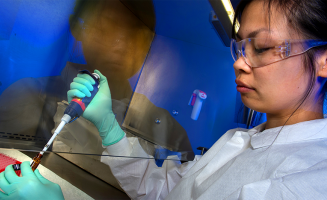 Call for applications: UNESCO-Equatorial Guinea International Prize for research in the life... 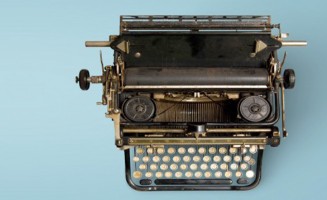 Announcement of the laureates of UNESCO-Equatorial Guinea International Prize for Research in the... 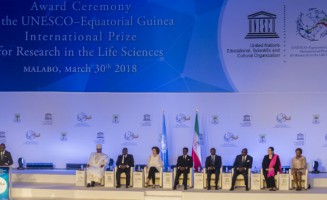 Scientists from Brazil, Israel and Portugal receive International Prize for Research in the Life...

Individual(s) or Institutions endorsed by:

Each can endorse up to 5 candidates no later than the deadline set each year. Self-nominations will not be considered.

After registration, candidates will receive a temporary password to access and complete an online form in English or French.

All supporting material (e.g. publications, photos, videos) must be transmitted electronically through the online system.

Once complete, applications may be submitted in two ways:

The UNESCO Secretariat receives only applications that have been officially endorsed. The candidate should make all efforts to ensure endorsement with the relevant National Commission.

Nominations after deadline or by individuals without endorsement will be excluded.
The deadline for applications is 31 March 2021.

The Secretariat reviews all applications and transmits the eligible to the International Jury.

The Jury provides the Director-General with a recommendation after careful assessment of all candidates.

For further Information please consult the:

How to apply ǀ Laureates ǀ Contact ǀ Back to top

Prof. Youyou Tu (China) of the Chinese Academy of Chinese Medical Sciences, laureate of the 2015 Nobel Prize for Medicine, is recognized for her research into parasitic diseases. She discovered an entirely new anti-malarial treatment, artemisinin, which made possible the treatment of thousands of patients in China in the 1980s. Since the turn of the century, the World Health Organization (WHO) has been recommending artemisinin-based combination therapies as the first-line treatment for malaria.

Prof. Kevin McGuigan (Ireland) of the Royal College of Surgeons of Ireland-(RCSI) is rewarded for his cutting-edge research on the development and implementation of solar water disinfection technology (SODIS) to combat waterborne diseases among people without access to safe drinking water in Africa and Asia. His approach to this research is unique and pioneering, not only in the laboratory, but especially in the field, among the communities most exposed to waterborne diseases in developing countries.

Prof. Laurencin (USA), a teacher, biomedical engineer and orthopaedic surgeon, is the Chief Executive Officer of the Connecticut Convergence Institute for Translation in Regenerative Engineering and the Albert and Wilda Van Dusen Distinguished Professor of Orthopaedic Surgery. His outstanding contributions to the advancement of science have been recognized worldwide.

Rui Luis Gonçalves dos Reis (University of Minho, Portugal)
For his outstanding innovative contributions to the development and engineering of natural-based biomaterials and their biomedical applications including tissue engineering, regenerative medicine, stem cells and drug delivery, which have a significant potential to improve human health.

Ivan Antonio Izquierdo (Biomedical Research Institute, Pontifícia Universidade Católica do Rio Grande do Sul, Brazil)
For his seminal discoveries in elucidating the mechanisms of memory processes including consolidation and retrieval and their clinical applications in aging, psychological disturbances and neurodegenerative diseases leading to the promotion of the quality of human life.

Amadou Alpha Sall (Head of the WHO Collaborating Centre for Arboviruses and Viral Haemorrhagic Fevers, Senegal)
He has made cutting-edge contribu-tions in developing and disseminating diagnostic and control tools for viral dis-eases such as Ebola, chikungunya, dengue fever and other vector-borne dis-eases with potential global impact.

Balram Bhargava (Professor of Cardiology at the All India Institute of Medical Sciences (AIIMS), India)
He is a cardiologist specializing in biomedical innova-tion, public health and medical education. His contribution in developing innova-tive, effective and affordable tools for the management of cardiovascular dis-eases has had a huge social impact in resource-poor environments.

Manoel Barral-Netto (Head of Research and Director of the Centro de Pesquisas Gonçalo Moniz, Brazil)
He has dedicated most of his career to the study of leishmaniasis and malaria and has contributed to the development of science and control tools in the area of transmissible diseases and the neglected diseases of poverty.

Hossein Baharvand (Professor of Stem Cells and Developmental Biology at the Royan Institute for Stem Cell Biology and Technology and the Head of Department of developmental biology at the University of Science and Cul-ture, Iran)
In 2003, he established the first mouse and human induced plu-ripotent stem cells in Iran. His contribution to the development of transnational stem cell research has led to numerous applications in regenerative medicine.

Instituto de Medicina Tropical Alexander von Humboldt (IMT AvH) at the Universidad Peruana Cayetano Heredia (Peru)
The Institute was founded in 1968 with the mission of promoting education and research on the most prevalent tropical diseases in Peru. It has performed high quality re-search and contributed to controlling diseases such as tuberculosis, malaria, leishmaniasis, leptospirosis, HIV/AIDS and others.

Maged Al-Sherbiny (President, Centre for Science and Technology of the Non Aligned Movement  (NAM S&T Centre) and President, Academy of Sci-entific Research and Technology (ASRT), Egypt)
His scientific efforts and contributions concentrate on combating endemic diseases in Egypt and Afri-ca through intensive research for vaccine development and diagnostics, tar-geting the diseases Hepatitis C and Schistosomiasis.

Rossana Arroyo (Professor at the Centre for Research and Advanced Studies of the National Polytechnic Institute (CINVESTAV-IPN), Mexico)
Dr Rossana Arroyo stands as one of the leaders in the study of molecular pathogen-esis of trichomonosis in Mexico. Trichomonad specialists and leaders in para-sitology recognize her work nationally and globally. Her research will help im-prove human life by controlling amoebiasis and trichomonosis, two parasitic diseases that still afflict human populations worldwide.

Felix Dapare Dakora (Professor and holder of the South African Research Chair in Agrochemurgy and Plant Symbioses at Tshwane University of Technology, Pretoria, South Africa)
Professor Felix D. Dakora has conduct-ed over fourteen years of postdoctoral research in the molecular ‘dialogue’ between legumes and soil. He has contributed to building local capacities in agriculture thereby tackling the issue of food scarcity in Africa.

How to apply ǀ Laureates ǀ Contact ǀ Back to top