”Part of our Heritage, Pilllar of our Present, Enabler of our Future” Paris Call on Software Source Code as Heritage for Sustainable Development

In today’s digital world, software is everywhere: it allows our phones and computers to run, it powers our industries, it represents the basis of scientific research, it interfaces citizens with their states and enables the access to public services, among many other applications. In one word, software shapes every aspect of our lives.

However, software is often disregarded, and its preservation is at stake. Until recently, software source code was not stored in a reliable archive, but was either offline and not available to the public or it was stored on working platforms which may one day disappear. The lack of recognition that software is a unique form of human knowledge, a creative expression of problem solving and part of our heritage compounded the issue of preserving software. Software is fragile.

This common understanding and the resolve to protect software source code constitutes the essence of the collaboration between UNESCO and Inria, the French national research institute for the digital sciences. Inria first incubated the project Software Heritage, which safely collects, curates and archives software source code and is the first worldwide archive of software. UNESCO collaborates to the project through its programs on documentary heritage preservation and access, including the Memory of the World programme and the Free and Open Source Software programme.

These were the key moments of the collaboration between Inria and UNESCO within the Software Heritage Project:

The agreement frames the cooperation between UNESCO and Inria on software source code preservation and access. The agreement was signed in presence of UNESCO’s Director General, Irina Bokova, and the President of the French Republic, Francois Hollande.

The archive is officially opened. The Director of the project, Roberto Di Cosmo, explains it as the contemporary Library of Alexandria for software source code.

Upon invitation of Inria and UNESCO, a group of international experts conveys at UNESCO. The result of the their work is a document which calls upon the universal protection and recognition of software source code as a unique artifact of human creativity.

The document is available here.

The University of Pisa contributed to the Software Heritage project by creating guidelines for the process of safeguarding software source code. The guidelines follow strict archival best practices. They are available here and they are also available on Github for further improvement. 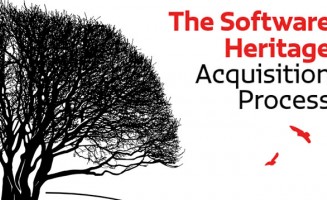 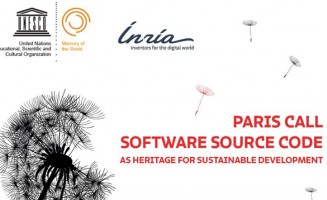 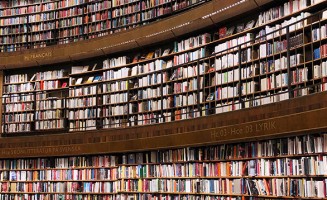 Softwareheritage.org, UNESCO and Inria open the Archive of the Digital Age