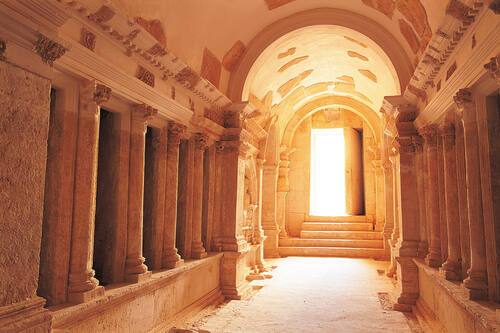 Wars, confrontations and conflicts in general, between two or more opposing factions, have always represented a serious threat to the integrity of cultural heritage located in their territories. Unfortunately, this threat often materializes in the form of the destruction of significant amounts of cultural property (movable and immovable): monuments, religious sites, museums, libraries, archives, etc. Humanity is thus deprived of a shared and irreplaceable cultural heritage. This threat also materializes in the form of the pillaging of cultural property proclaimed as “spoils of war”.

In the objective of protecting cultural heritage in times of armed conflict, the international community adopted the following instruments:

To learn more about the Convention and its two Protocols: