Members of the Jury 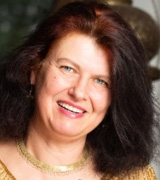 Claudia Ott is well-known as the German translator of the Arabian Nights (Tausendundeine Nacht, 2004; Das Glückliche Ende, 2016, Hundertundeine Nacht, 2012). She is currently an associate member of the Institute for Arabic and Islamic Studies at the University of Göttingen. 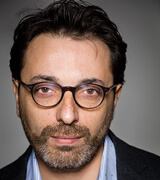 Mohamed Ben Attia was born in Tunis in 1976. He studied audiovisual communication at the University of Valenciennes in France after obtaining his master's degree at the Institute of Higher Commercial Studies (IHEC) in Tunis in 1998. He directed five short films, "ROMANTISM, TWO COMPRESSES, MORNING AND EVENING" (2004), LIKE OTHERS, MOUJA (2008), LAW 76 (2011) and SELMA (2014) in official competition at the Clermont Ferrand festival. He directed his first feature film "HEDI, A WIND OF FREEDOM" in 2016 and won two prizes at the 2016 Berlinale: Best First Film and Silver Bear for Best Actor and the Lumières Award for Best Francophone Film. He then directed his second feature film WELDI (My Dear Child) in 2018, selected for the Directors' Fortnight at the Cannes Film Festival. 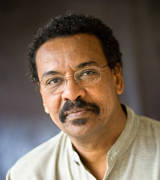 Salah M. Hassan, a Goldwin Smith Professor of African and African Diaspora Art History and Visual Culture in Africana Studies and Research Center, and Department of History of Art and Visual Studies, and Director of the Institute for Comparative Modernities (ICM), Cornell University.

He is also an art historian, art critic and curator. He is an editor and founder of Nka: Journal of Contemporary African Art (Duke University Press) and served as consulting editor for African Arts. He currently serves as Member of the editorial advisory board of Atlantica and Journal of Curatorial Studies. He authored, edited and co-edited several books.

He is the recipient of several grants and fellowships, such as the J. Paul Getty Postdoctoral Fellowship, as well as major grants from the Sharjah Art Foundation, Ford, Rockefeller, Andy Warhol and Prince Claus Fund foundations. In his capacity as a historian and contemporary art comparatist Hassan made foundational contributions to the modernist movements in Africa and the Arab world. 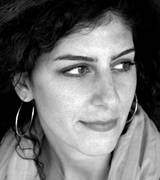 Renowned for work that is as poetic as it is political and biographical, Emily Jacir has built a complex and compelling oeuvre through a diverse range of media and methodologies that include unearthing historic material, performative gestures and in-depth research.

Her work investigates personal and collective movement and its implications on the physical and social experience of trans-Mediterranean space and time in particular between Italy and Palestine. 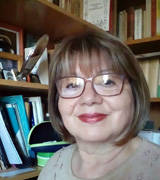 María Olga Samamé Barrera received a Ph.D. in Literature, with a concentration on Chilean and Latin American Literature, as well as an M.A. in Literature and a B.A. in Philosophy, with a concentration on Arabic language from the Universidad de Chile. She is an associate professor of Arabic literature, at the School of Philosophy and Humanities at the Universidad de Chile. She has participated in numerous conferences and symposia in Chile and abroad. She wrote extensively on issues pertaining to Arabic immigration, exile, and identity. She has specialized in the literature of immigrants and descendants of Arabs in Chile and the Americas.

Go back to the UNESCO-Sharjah Prize for Arab Culture page.