The UNESCO/Juan Bosch Prize was instituted by the Executive Board, at the initiative of the Government of the Dominican Republic, in connection with the commemoration of the centenary of Professor Bosch’s birth in 2009. In creating the Prize, the Member States on the Executive Board recognized the remarkable contribution of Professor Juan Bosch to the study of social and political processes in the Dominican Republic and the Caribbean region.

Awarded every two years, the Prize is intended to reward the best social science thesis of young researchers. The thesis, on a Latin America and the Caribbean subject, has to have made a significant research contribution to the promotion of social science research geared to social development policies in the region.

Inspired by the life of Professor Juan Bosch and the humanist spirit of his work, the Prize seeks to foster critical, rigorous and independent research on contemporary challenges in Latin America and the Caribbean, in ways that are useful for stronger public policies and practices. The objective of the Prize is to motivate young researchers to work in support of shared values of human rights and dignity and to promote new forms of solidarity.

The award winners receive a diploma and a monetary award of 12,000 US dollars.

WHO WAS JUAN BOSCH? 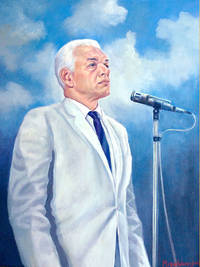 Juan Bosch was an author, politician, social analyst and fervent advocate of democratic values and a culture of peace in Latin America and the Caribbean. Through his work in literature, sociology and history, he made a remarkable contribution to the study of social and political processes in the Dominican Republic and the Caribbean region for essayists, journalists and historians, among them some of the most outstanding figures of Latin America and the Caribbean. Professor Bosch is thus a symbol of national dignity, a source of great pride to our peoples and an example to be followed for present and future generations.

Juan Bosch lived in a period of complex historical circumstances that characterized Latin American and Caribbean countries during the 20th century: the two World Wars and the decolonisation process in Africa, Asia and the Caribbean led to deep social and economic transformations that would change international relations. Throughout these historical moments, we find Juan Bosch exerting great intellectual and moral influence in favour of the most noble causes. His brief period as President of the Dominican Republic, interrupted by a coup d’état, was a time where social transformations in the Dominican Republic hugely impacted the big majority of its society, hitherto marginalized by decades of violent dictatorship.

During his entire life, whether in the Dominican Republic or in the countries where he had to go to exile, Costa Rica, Venezuela, Puerto Rico, Cuba or Spain, he continuously worked both in the political and cultural areas. As a politician, he founded and took part in various initiatives and organizations conceived as instruments for social action. As an intellectual, he produced remarkable literary and academic work, e.g. novels, short stories, essays and articles. Juan Bosch’s life and work are examples of intellectual commitment to the most just causes of his time.

The UNESCO Prize that bears his name is another contribution to the promotion of Latin American younger generations’ work in the field of social sciences.

In conformity with Statutes, which stipulates that the Jury shall consist of three independent members of different nationalities and gender, appointed by the Director-General for a period of six years renewable, the following three members have been appointed:

Silvia E. Giorguli-Saucedo, Mexico. Sociologist, President of El Colegio de México (Colmex) and Professor of the Center for Demographic, Urban, and Environmental Studies (CEDUA). President of the Mexican Society of Demography from 2011 to 2012 and Founding Director of the magazine Coyuntura Demográfica. Her research focuses on issues of international migration and its impact on education and the structure of families. In 2018, she received the Horace Mann Medal from Brown University.

Valeria Coronel, Ecuador. Historian, Deputy Director of FLACSO- Ecuador. Professor and Principal Lecturer in the Department of Sociology and Gender Studies of FLACSO. Member of the Board of Directors of the Center for Advanced Studies (CALAS). Her lines of research include history and political sociology, class and ethnicity in postcolonial contexts, social mobilization, collective action, parties, movements, and formation of Latin American states.

Pablo Vommaro, Argentina. Research Director of the Latin American Council of Social Sciences (CLACSO). PhD in Social Sciences from the University of Buenos Aires (UBA). CONICET researcher. Professor at the Faculty of Philosophy (UBA) in the Departments of Education and History. His research includes the problems of urban social organizations on a territorial and community basis, and the modalities of political, social, and cultural participation of youth.