UNESCO/Jikji Memory of the World Prize

List of previous winners of UNESCO/Jikji Memory of the World Prize:

A Malian non-governmental organization, SAVAMA DCI, has emerged as the winner of the seventh edition of the UNESCO/Jikji Prize for Memory of the World, which is awarded biennially by the Republic of Korea’s Cheongju City and administered by UNESCO’s Communication and Information Sector.

SAVAMA DCI, the Association for the Safeguarding and Promotion of Manuscripts for the Defense of Islamic Culture, received the prestigious award at a ceremony held on 1 October in the city of Cheongju in the Republic of Korea.

The 2016 UNESCO Jikji Memory of the World Prize was awarded to the Iberarchivos Programme for the Development of Ibero-Ameran Archives, at a ceremony in the city of Cheongju in the Republic of Korea on 1 September, where the programme was represented by its coordinator Martha Marina Ferriol Marchena and by Berta García del Real Marco of Spain’s Historical National Archives.

Iberarchivos was established in 1998 as an initiative for cooperation and integration among Ibero-American countries to promote access, organization, description, conservation and dissemination of the documentary heritage that contributes to the consolidation of the Ibero-American cultural space. It has since become the main cooperation programme for archives in the region. The programme has strengthened links among professionals in the region and helped boost their capacities. It has also promoted a wide range of different types of Ibero-American archives, including national and municipal archives as well as those of human rights institutions and indigenous peoples, for example. Iberarchivos works with 16 countries: Argentina, Brazil, Chile, Colombia, Costa Rica, Cuba, Mexico, Panama, Paraguay, Peru, Philippines, Portugal, Puerto Rico, Spain, the Dominican Republic and Uruguay.

The 2013 Prize was awarded to ADABI (Apoyo al Desarrollo de Archivos y Bibliotecas), a Mexican non-profit civil association that actively supports the development of archives and libraries of Mexico whose documentary collections are endangered.

The fifth ceremony of the UNESCO/Jikji Memory of the World Prize took place on 12 September 2013 within the framework of the Cheongju International Craft Biennale. The Prize, consisting of an award of US$ 30,000, is awarded every two years to individuals or institutions that have made significant contributions to the preservation and accessibility of documentary heritage. The 2013 Prize was awarded to ADABI (Apoyo al Desarrollo de Archivos y Bibliotecas), a Mexican non-profit civil association that actively supports the development of archives and libraries of Mexico whose documentary collections are endangered. The aims of ADABI are to preserve Mexico's knowledge and identity, by encouraging communities throughout the country to play an active role in conservation and preservation. In this way, all governmental and/or non-governmental archives are partners in establishing a collective memory. The award and the operating costs of the Prize as well as all costs related to the award ceremony are funded by Cheongju City in the Republic of Korea in acknowledgement of the inscription of the "Buljo jikji simche yojeol", also called Jikji, on the Memory of the World International Register in 2001. The Jikji contains the essentials of Zen Buddhism and was printed in July 1377 in two volumes at the old Heungdeok-sa temple in Cheongju city, using movable metal type. The Memory of the World Register lists documentary heritage that has been identified by its International Advisory Committee as being of world significance and has been endorsed by the Director-General of UNESCO. There are now 301 documentary items inscribed on the International Register. 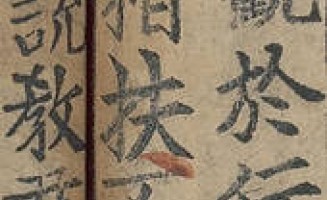 The Director-General of UNESCO has designated National Archives of Australia (NAA) as the laureate of the 2011 UNESCO/Jikji Memory of the World Prize for its work, which includes publications, and innovative initiatives in the preservation of digital records.

Established in 1960, the National Archives has become a world leader in many areas notably that of digital preservation. It consistently shares its professional know-how with experts and interested members of the public through extensive publications. Furthermore, the NAA shares the fruit of its own research and development by making available open source tools for digital preservation to the global preservation community. The Australian Archives have also developed world-class expertise in facing one of the key challenges of the digital era: how to adapt the record-creating processes of government agencies to the needs of recordkeeping to ensure the lasting access to documents that testify to the work of public bodies. The NAA has also demonstrated innovation in its collaborative work on the preservation of documents written in iron gall ink (an ink that includes iron salts and which has been in use in Europe for many centuries). The US$ 30,000 Prize, wholly funded by the Republic of Korea, is awarded every two years to individuals or institutions that have made significant contributions to the preservation and accessibility of documentary heritage. The NAA has announced it will use the Prize to fund a paid work experience placement for a student of conservation, as an investment in the future of documentary heritage preservation. The Prize-giving ceremony will take place in Cheongju City (Republic of Korea) on 2 September.

The National Archives of Malaysia was selected by the Jury in recognition of its outreach, educational and training programmes in the area of preservation within the Asian region. The Archives actively participates in international activities supporting preservation and has become a key institution in matters relating to preservation and access, establishing itself as a national resource for the rescue of documents damaged by flood and fire. It thus becomes the third winner of the Jikji Prize, after the Czech National Library (2005) and the Austrian Phonogrammarchiv (2007). It was chosen from a shortlist of four nominations that also included Mr Vassilios Peltikoglou from Greece, the Brukenthal Museum Library in Romania and the National Archives of South Africa, all of which were judged to have made an important contribution to the field of preservation of documentary heritage. In making its recommendation, the Jury took the following factors into consideration: the significance of work already undertaken in the area of preservation that is beyond the candidate’s regular functions, long-term preservation strategy, sustainability, and international outreach.

Mr. Koïchiro Matsuura, Director-General of UNESCO, approved the awarding of the UNESCO/Jikji Memory of the World Prize 2007 to the Phonogrammarchiv, Austrian Academy of Sciences in Vienna, Austria, based on the Archive's commitment to preservation.

The Phonogrammarchiv is Austria's audiovisual research archive. Founded as the first sound archive of the world in 1899, it has expanded its activities to include, from 2001 onward, videographic research footage.

National Library of the Czech Republic

The National Library of the Czech Republic was awarded the first UNESCO/Jikji Memory of the World Prize in recognition of its contribution to the preservation and accessibility of documentary heritage.

The history of the library is connected with the foundation of the Charles University in 1348. The first written references concerning books are documented in relation to the oldest Charles College, having been given a royal gift of manuscripts in 1366.

The main mission of the National Library is twofold: to be the archive library for documents issued on the territory of the Czech lands and to be a public research library especially in the domain of humanities, pure natural sciences, culture, and arts. The library has more than 6 million vols. from which great parts are of irreplaceable cultural value not only for the territory of the Czech Republic, but also for many cultures of the world. The library is a leading institution in preservation and especially access to documentary heritage. It is a co-ordination centre for several national programmes in these areas incl. research and development.

Email: Memory of the World Secretariat