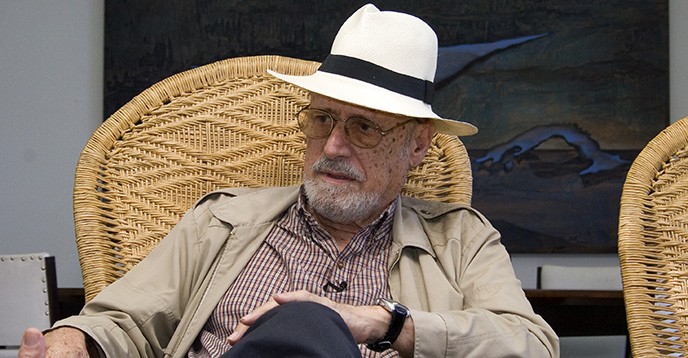 Roberto Fernández Retamar is the laureate of the 2019 International UNESCO/José Martí Prize in recognition of his advocacy work for justice, the rights of children, ethical values, the dignity of each man and woman and the fight against racism.

The purpose of the International UNESCO/José Martí Prize is to promote and reward an activity of outstanding merit in accordance with the ideals and spirit of José Martí.

By embodying a nation’s aspiration to sovereignty and its struggle for liberty, this activity has contributed, in any region of the world, to the unity and integration of the countries of Latin America and the Caribbean and to the preservation of their identities, cultural traditions, and historical values. The International UNESCO/José Martí Prize was instituted in November 1994 by the Executive Board at the initiative of the Government of Cuba. In creating the Prize, the Members of the Executive Board recognized the universality and supreme value of the ideals of José Martí, the apostle of liberty.

Laureates are awarded a diploma and a monetary award of US$ 5,000.

WHO WAS JOSÉ MARTÍ? 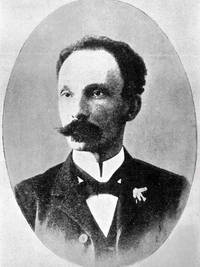 José Martí (Havana, 28 January 1853 - Dos Ríos, 19 May 1895) was a great apostle and a man of action, recognized as the intellectual author of the liberation of Cuba. A political thinker and eminent writer, he was also the chief precursor of the literary movement called "modernismo".

From a very early age, Martí fought in word and deed for the independence of Cuba, the unity of Latin America and the Caribbean and the ideal of universal concord. His ideas brought him imprisonment, torture, and exile to Spain, where he studied at the Universities of Madrid and Zaragoza. A wanderer by force of circumstance, he traveled in Europe, the United States, and Latin America. He was a journalist - the first to cover the region as a press correspondent - and founded various newspapers and reviews. His collected works, comprising 28 volumes, reveal the many facets of his outstanding intellectual abilities as poet, educator, diplomat, leader and revolutionary ideologist. José Martí gave his life during the war of independence of 1895.

"There is an accumulation of essential truths that would fit on to a hummingbird’s wing and yet they hold the key to civic peace, spiritual elevation, and national greatness … People must live in the natural and inescapable enjoyment of freedom, just as they enjoy light and air ... [and] being educated is the only way to be free."

These words by the champion of Cuban independence, José Martí, appear in a fine article on education, published in New York over a century ago. With his keen teacher’s intuition, Martí appreciated that education and broad-based training provision for young people would play a decisive role in securing the future of the newly formed Latin American republics.

He returned to the subject on countless occasions, but for now, we should like to refer only to his words on the teaching of science, which, at the time was only just beginning to be included in the curriculum:

"This straightforward and wholesome form of education; this application of intelligence to seeking and finding answers to questions about the natural world; this calm employment of the mind in research [is what] we desire in all the newly formed countries of Latin America".