Culture of Peace in Africa

The UNESCO action in favor of a culture of peace in Africa is placed in the context of the implementation of the “Intersectoral and Interdisciplinary Program of Action for a Culture of Peace and Non-violence” as well as in the Mid-Term Strategy (2014 -2021) of UNESCO, which has identified "building peace by building inclusive, peaceful and resilient societies" as one of two main areas of action for Africa.
This action also aims to contribute to the implementation of programmes on regional integration, peace, security, and democracy established in the African Union Commission Strategic Plan. It also aims at the implementation of the Charter for African Cultural Renaissance, the “Make Peace Happen” Campaign launched by the African Union in 2010, and its 2063 Agenda for the Development of Africa.
The overall objective of this action for Africa is to rely on sources of inspiration and the potential of cultural, natural and human resources of the continent and to identify concrete proposals of action for building a sustainable peace, which is the cornerstone of endogenous development and Pan-Africanism. The "Action Plan for a Culture of Peace in Africa" adopted in Luanda (Angola), in March 2013, provides the framework: the objectives, the general recommendations and the proposals for action.

BIENNALE OF LUANDA - PAN-AFRICAIN FORUM FOR THE CULTURE OF PEACE 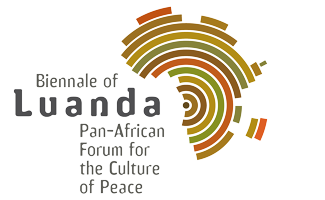 The first edition of the Biennale of Luanda will take place from 18 to 22 September in the heart of the Angolan capital. The Biennale aims to become the starting point for a sustainable dynamic, entirely dedicated to the culture of peace in Africa. Every two years, international actors and partners of this Pan-African movement will meet to reflect on the future of the continent. 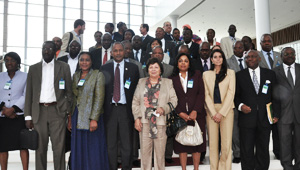 At the initiative of the UNESCO and the Félix Houphouët-Boigny Foundation for Peace Research, representatives of 26 foundations and African peace research institutes met in September 2013, at the African Union Headquarters, in Addis Ababa, Ethiopia.
These organizations, which are located in more than 20 African countries, have decided to establish a Network for the Promotion of a Culture of Peace in Africa in order to coordinate their respective operations and to implement joint projects. 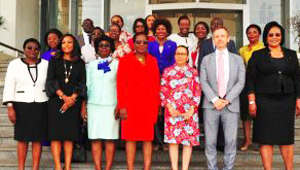 Panafrican Network of Women for a Culture of Peace 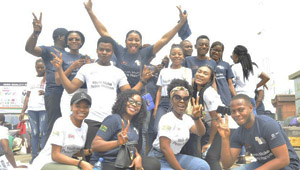 Panafrican Youth Network for a Culture of Peace - PAYNCoP

Youth is the main human resource of Africa and also its greatest challenge for employment, with about 10 million young women and men who enter each year into the labor market. The PAYNCoP was created in December 2014. It is composed of 60 founding members, of which African Youth Councils and Youth Organizations and Diaspora engaged in actions promoting a culture of peace and of nonviolence on the continent creating synergies between UNESCO Special Envoy Forest Whitaker’s Foundation for Peace and Reconciliation (WPDI), African Youth Organizations and the Diaspora.