Memory of the world nebra disc.jpg 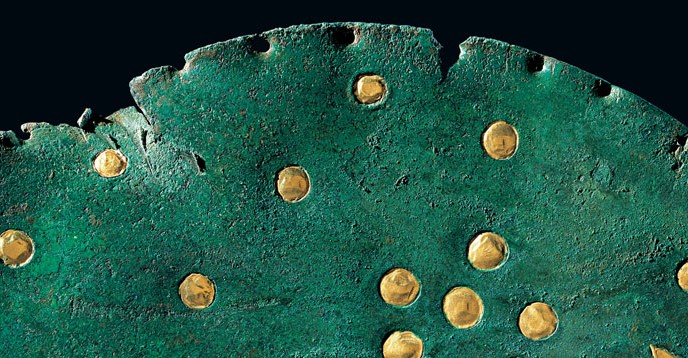 The Nebra Sky Disk was submitted by Germany and recommended for inclusion in the Memory of the World Register in 2013. The Nebra Sky Disc features the oldest concrete depiction of cosmic phenomena worldwide.
© State Museum of Prehistory Halle

The Memory of the World Programme guards against collective amnesia. It aims to ensure universal and permanent access and to preserve documentary heritage.

Through its registers, Memory of the World helps to raise awareness of intellectual treasures created over the centuries including films, rock inscriptions, manuscripts, music, scientific discoveries, and exploratory voyages that have had lasting impact on the world;

Partnership with UNESCO will be an opportunity to contribute to a wide range of activities relating to the following:

UNESCO established the Memory of the World Programme in 1992. Impetus came originally from a growing awareness of the parlous state of access to, and preservation of documentary heritage in various parts of the world. War and social upheaval, as well as severe lack of resources, have worsened problems which have existed for centuries. An International Advisory Committee (IAC) first met in Pultusk, Poland, in1993. It produced an action plan which affirmed UNESCO’s role as coordinator and catalyst to sensitize governments, international organizations and foundations, and foster partnerships for the implementation of projects. UNESCO is the only UN agency aiming at safeguarding documentary heritage. The Memory of the World Programme complements, and links to, other UNESCO Programmes, Recommendations and Conventions. It brings together Member states, professional institutions, private sector and the civil society.