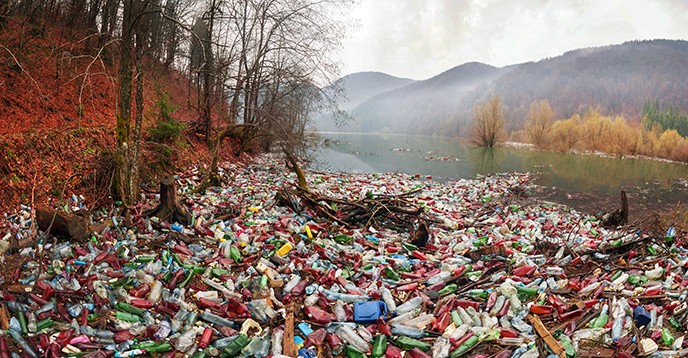 Worsening land degradation caused by human activities is undermining the well-being of two fifths of humanity, driving species extinctions and intensifying climate change. It is also a major contributor to mass human migration and increased conflict, according to the world’s first comprehensive evidence-based assessment of land degradation and restoration. The dangers of land degradation, which cost the equivalent of about 10% of the world’s annual gross product in 2010 through the loss of biodiversity and ecosystem services, are detailed for policymakers, together with a catalogue of corrective options, in the three-year assessment report by more than 100 leading experts from 45 countries, launched today.

Produced by the Intergovernmental Science-Policy Platform on Biodiversity and Ecosystem Services (IPBES), the report was approved at the 6th session of the IPBES Plenary in Medellín, Colombia. IPBES has 129 State Members and four UN Institutional Partners: UNESCO, UNEP, FAO and UNDP.

“This report demonstrates the challenges we face due to global soil degradation, and the impact to human life if this critical issue is not urgently addressed. It is now essential to translate the report's recommendations into tangible action. To do this, we will need to put biodiversity and people's well-being at the heart of decision making, and foster interaction between all sectors of society. UNESCO will play its role by bringing experience and mobilizing its resources and networks to build these bridges between culture, education, science local and indigenous knowledge” said Audrey Azoulay, UNESCO Director-General

Rapid expansion and unsustainable management of croplands and grazing lands is the most extensive global direct driver of land degradation, causing significant loss of biodiversity and ecosystem services – food security, water purification, the provision of energy and other contributions of nature essential to people. This has reached ‘critical’ levels in many parts of the world, the report says. According to the authors, land degradation manifests in many ways: land abandonment, declining populations of wild species, loss of soil and soil health, rangelands and fresh water, as well as deforestation.

“Through this report, the global community of experts has delivered a frank and urgent warning, with clear options to address dire environmental damage,” said Sir Robert Watson, Chair of IPBES. “Land degradation, biodiversity loss and climate change are three different faces of the same central challenge: the increasingly dangerous impact of our choices on the health of our natural environment. We cannot afford to tackle any one of these three threats in isolation – they each deserve the highest policy priority and must be addressed together.”

Underlying drivers of land degradation, says the report, are the high-consumption lifestyles in the most developed economies, combined with rising consumption in developing and emerging economies. High and rising per capita consumption, amplified by continued population growth in many parts of the world, can drive unsustainable levels of agricultural expansion, natural resource and mineral extraction, and urbanization – typically leading to greater levels of land degradation.

By 2014, more than 1.5 billion hectares of natural ecosystems had been converted to croplands. Less than 25% of the Earth’s land surface has escaped substantial impacts of human activity – and by 2050, the IPBES experts estimate this will have fallen to less than 10%.

Crop and grazing lands now cover more than one third of the Earth´s land surface, with recent clearance of native habitats, including forests, grasslands and wetlands, being concentrated in some of the most species-rich ecosystems on the planet.

Avoidance of further agricultural expansion into native habitats can be achieved through yield increases on the existing farmlands, shifts towards less land degrading diets, such as those with more plant-based foods and less animal protein from unsustainable sources, and reductions in food loss and waste.

Given the importance of soil’s carbon absorption and storage functions, the avoidance, reduction and reversal of land degradation could provide more than a third of the most cost-effective greenhouse gas mitigation activities needed by 2030 to keep global warming under the 2°C threshold targeted in the Paris Agreement on climate change, increase food and water security, and contribute to the avoidance of conflict and migration.

There are, however, many examples of successful land restoration. For example, well tested practices and techniques are implemented in many Biosphere Reserves, areas that promote solutions reconciling the conservation of biodiversity with its sustainable use.

Science for a Sustainable Future, Science for Society, Geology, Ecosystems and Biodiversity