World Philosophy Day 2013: For Inclusive Societies and a Sustainable Planet 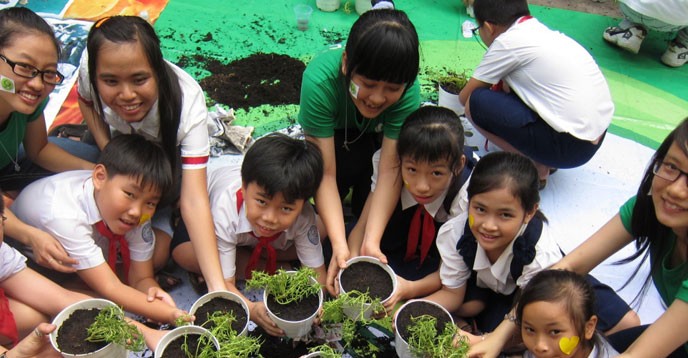 Celebrated every year on the third Thursday of November, the World Philosophy Day will be held in 2013 on Thursday, 21 November. The day after the closure of the 37th session of the General Conference of UNESCO, the celebration will be a unique opportunity to reflect on the greatest contemporary challenge, to which UNESCO and the entire United Nations system seeks to respond, namely: building inclusive societies on a sustainable planet.


Celebrated on 21 November 2013, the 11th edition of the World Philosophy Day will be an opportunity to organize, on all continents, various events under the general theme of the 2013 World Philosophy Day “Inclusive Societies, Sustainable Planet”. They will enable their participants to share a multitude of views and experiences, fully respecting cultural diversity.

At UNESCO Headquarters in Paris, the celebration will be marked by the organization of a round table on the topic of the Day - “Inclusive Societies, Sustainable Planet”, which will welcome, on 21 November 2013, from 11am to 1pm, distinguished philosophers and scholars of international repute, including Ms Tanella Boni (Côte d'Ivoire), Ioanna Kuçuradi (Turkey) and Yves Charles Zarka (France).

Opened by the Director-General of UNESCO, Irina Bokova, this round table - moderated by Ali Benmakhlouf (Morocco), Professor of Arab Philosophy at the University of Paris-Est Créteil Val de Marne (France) - will be directly related to a subject which is at the heart of public debates around the world and within the United Nations: the growing inequalities between rich and poor within many countries and between countries and sustainable development.

Participants in the round table will discuss the concepts of social justice, solidarity, exclusion and inclusion in different societies, as well as issues related to the vulnerability of various groups - including women, children, young people, people with disabilities, minorities, indigenous peoples, migrants, refugees, people living in poverty - and the interfaces between these issues and sustainable development.

Together, they will explore such questions as: are there moral or ethical principles to be taken into account in public policies aimed at combatting exclusion and building inclusive societies? If there are such principles, how can philosophy contribute to identifying them?

Over two days of the following week, on 26 and 27 November, UNESCO House will also host a series of events which echo the main themes of the 2013 World Philosophy Day “Inclusive Societies, Sustainable Planet”, including workshops, round tables, conferences and exhibitions.

On 26 November, UNESCO will organize a round table on “Thinking the Anthropocene” which will discuss, from the philosophical and ethical perspective, issues related to the new role of human beings as a force of nature which has pushed the Earth into a new geological era referred to by scientists as the “Anthropocene”. The round table will be held with the participation of philosophers who have written extensively about the Anthropocene, including Clive Hamilton (Australia) and Christophe Bonneuil (France).

This round table will be followed by the opening of a contemporary art exhibition, specially put together for World Philosophy Day 2013 by the French association Coalition for Art and Sustainable Development - COAL. This exhibition entitled “Adapting in the Anthropocene” will present projects by the artists nominated for the COAL Art & Environment Prize 2013, as well as for the COAL Prize in previous years, and will be open to the public from 25 to 29 November 2013. It will feature several artistic projects that capture major societal and contemporary environmental issues and contribute to the emergence of a new culture of nature and ecology.

Finally, on 27 November 2013, an international round table entitled "Paul Ricoeur: Ethical Knowledge", organized by the Paul Ricoeur Fund, in cooperation with the Sector for Social and Human Sciences of UNESCO, will pay tribute to one the greatest French philosophers of the twentieth century, on the occasion of the centenary of his birth with the participation of philosophers who are recognized experts in the work of Ricoeur:

To take part in the events of World Philosophy Day please sign up at wpd2013.inscription(at)unesco.org and present the invitation at the reception desk.