On the occasion of the World Cities Day, UNESCO welcomed on 31 October at its Headquarters in Paris, mayors, town councilors, artists and urban stakeholders from all over the world to discuss the human face of urbanization and its implications for innovation and sustainability, as well as the power of art as a vector for inclusion and non-discrimination.

Angela Melo, Director of Policies and Programmes in UNESCO’s Social and Human Sciences Sector welcomed more than 300 participants that gathered during the day-long celebration which included round tables, artistic performances and a film screening. 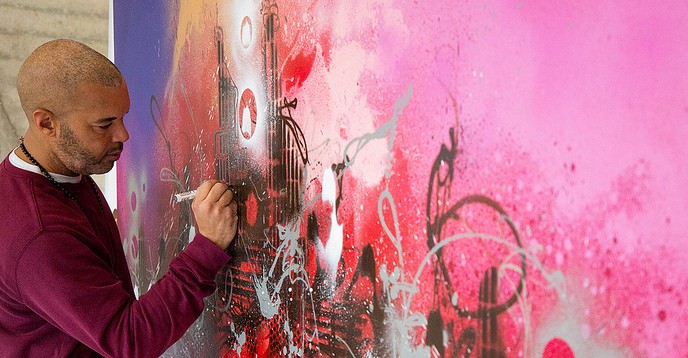 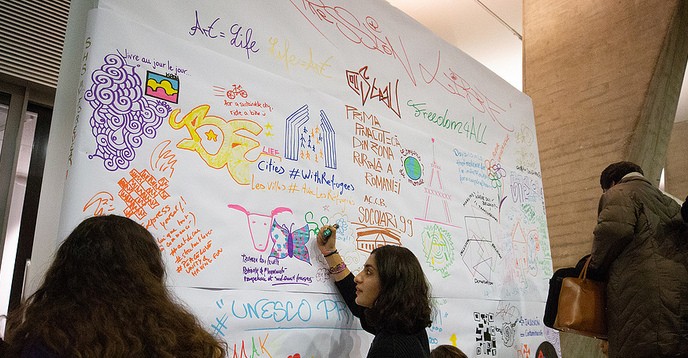 The UNESCO Paris celebration was connected via a live cast of the World Cities Day main event in Liverpool (UK) which was led by Mayor Joe Anderson and UN-Habitat Executive Director Maimunah Mohd Sharif. Assistant Director-General for Culture Ernesto Ottone R. closed this part of the Day.

In the artistic segment of the World Cities Day, the street artists Kouka and Shuck One painted a public graffiti wall together with all participants. The renowned  artist Fabio Rieti, now aged 91 years old, one of the earliest muralists in the streets of Paris, Lille and Vienna, graced the event. The graffiti session was followed by a musical performance by xTend and Atipik hip-hop dance companies under the coordination of the choreographer Julian Cebile. The evening was tied up by the screening of the documentary Sky’s the Limit: Painters of the Extreme, from the filmmaker Jérôme Thomas, which narrates the history of muralism and its impact in the urban landscape, and how creative expression can contribute to social cohesion. 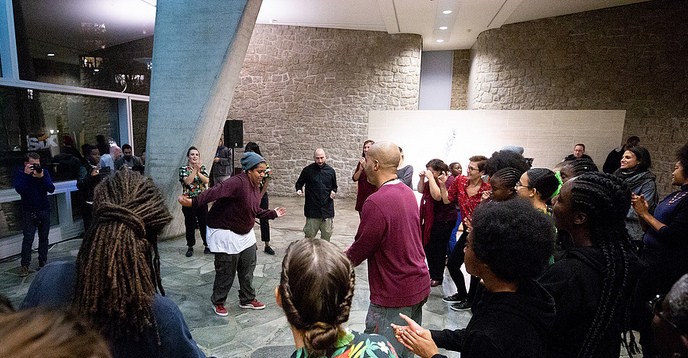