The kickoff of the yacht race Transat Jacques Vabre marks the renewal of a partnership agreement between UNESCO’s Intergovernmental Oceanographic Commission (IOC) and the IMOCA Class to equip competitive sailing boats with state-of-the-art scientific equipment to observe the ocean and collect data for forecasting and climate modelling.

Students at August Dupouy Elementary School in Brest, France, started Friday 18 October, with a less than traditional question: What measures about 1.5 meters high, sometimes plunges more than 2,000 meters deep and measures the temperature and salinity of the ocean? An Argo float. During the morning session, students discovered how this valuable tool helps scientists studying global warming, collecting data inaccessible to satellites, right down to the ocean’s depths.

About 4,000 Argo floats are drifting right now across the global ocean, which the students will now be able to follow in their trajectory and collection of various ocean measures all year long, from the computer.

But who is deploying these floats in the far reaches of the ocean? More and more, engaged actors from beyond the scientific community are taking up the role of modern “Argonauts”.

As a participant of the Jacques Vabre Transatlantic yacht race from Normandy to Brazil which started on 27 October, navigator Alexia Barrier and co-skipper Joan Milloy/4my Planet deployed this particular Argo float this morning, signed by the Brest school students, off the Bay of Biscay, in collaboration with the scientific teams of UNESCO’s IOC. The operation has been coordinated by JCOMMOPS, the IOC’s UNESCO and the World Meteorological Organization (WMO) operational centre, which internationally coordinates about 10,000 in situ ocean observing instruments for continuously monitoring the global ocean and the atmosphere above it. 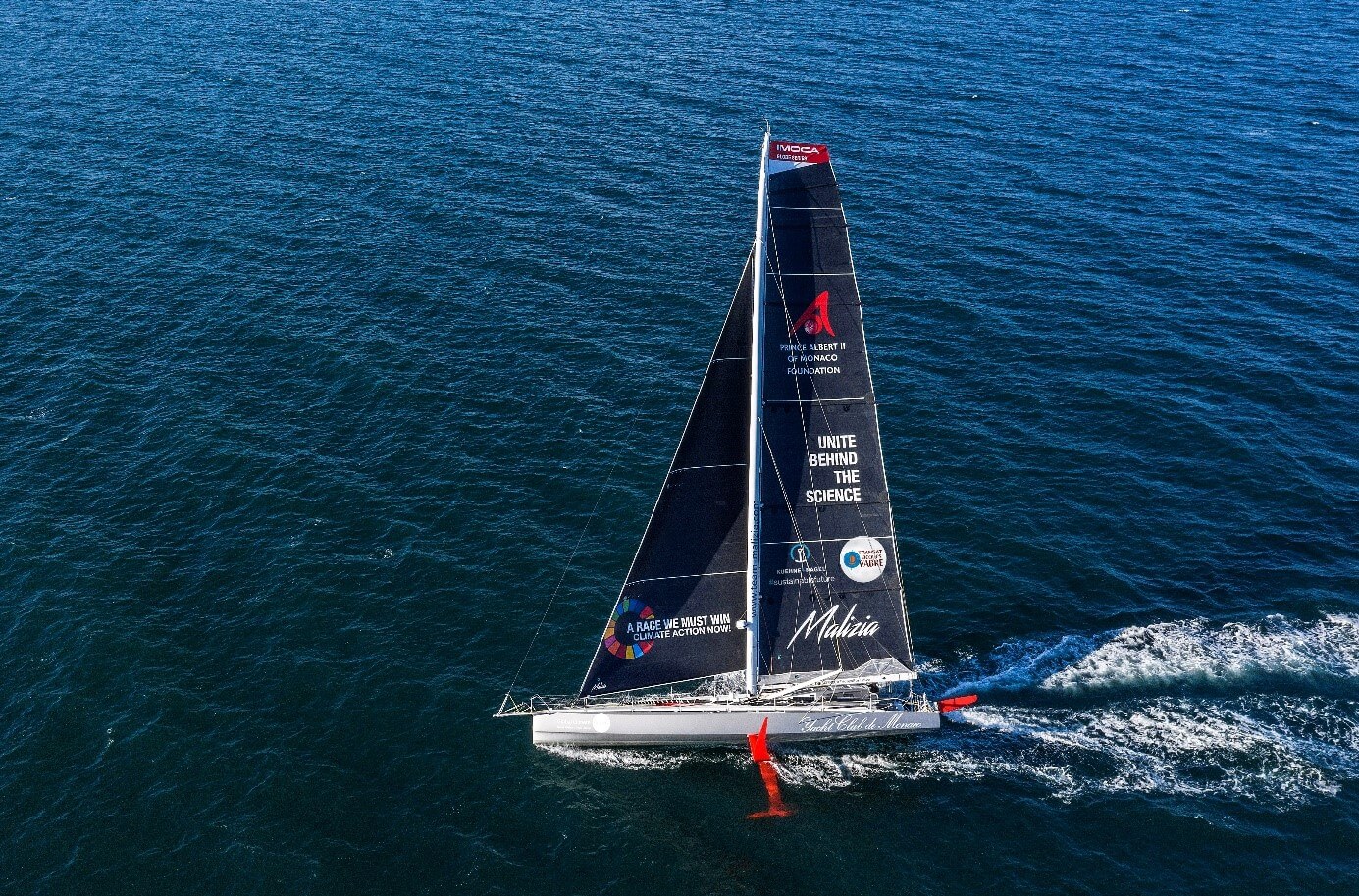 Navigating in much more agile and nimbler boats than heavier traditional scientific vessels, competitive sailing boats of the IMOCA class can reach areas of the ocean that are poorly served by regular maritime traffic. Gathering ocean-atmosphere data with onboard instrumentation all along the track and deploying Argo profilers and surface drifters are thus very valuable contributions to the Global Ocean Observing System.

The autonomous instruments deployed in this race by 4myPlanet, Malizia and Time for Oceans were provided by Ifremer and the EU-Copernicus project TRUSTED; the underway equipment installed on Newrest/Art et Fenêtres and Malizia are however self-funded by the teams and their sponsors, which makes these civil science commitments even more important for a sustained and coordinated observing system.

The emerging data help scientists with gaining a more complete knowledge of the global ocean and a more effective prediction of how it may change in coming years due to both natural and human-induced changes.

Four years after UNESCO’s IOC and the IMOCA sailing class signed their first “Sailing and Science” agreement on the margins of the Paris Climate COP (2015), these skippers are far from being the only one trying to inject a healthy dose of scientific and environmental engagement into the sailing world.

Brought together by Catherine Chabaud (in the middle), the first woman ever to successfully complete the Vendeé Globe Race around the world, members of the sailing and science community discussed in le Havre (France) the partnership under the renewed agreement between UNESCO’s IOC and IMOCA ahead of the race start.
© Eliza Chohadzhieva/Lizzart Production

A cast of true star navigators and sailing teams are behind the movement: Jean-Pierre Dick (France), twice winner of the Barcelona World Race and four-time winner of the Jacques Vabre Transatlantic; Vicky Song (China), first Chinese woman to circumnavigate the planet as a crew member in the Clipper Race, Dee Caffari (UK), first woman to sail nonstop around the world in both directions, and skipper in the last Volvo Ocean Race which also included a sustainability program with data collection and drifter deployments, and Boris Herrmann (German) navigator who has been increasingly linked with efforts to address climate change and foster scientific knowledge. The celebrity list goes on and on.

The 2019 edition of the Jacques Vabre Transatlantic race renews the commitment of the IMOCA sailing class and its teams to play the role of scientific sentinels, watching over our vast ocean.

UNESCO’s IOC supports these committed navigators with the necessary technical capacities and equipment to ensure the data is collected according to the best scientific standards. Via its Global Ocean Observing System and its operational Centre JCOMMOPS, IOC then ensures that all collected data find their place within the scientific process, and later, that it helps decision-makers choose the best policies to manage our shared ocean. 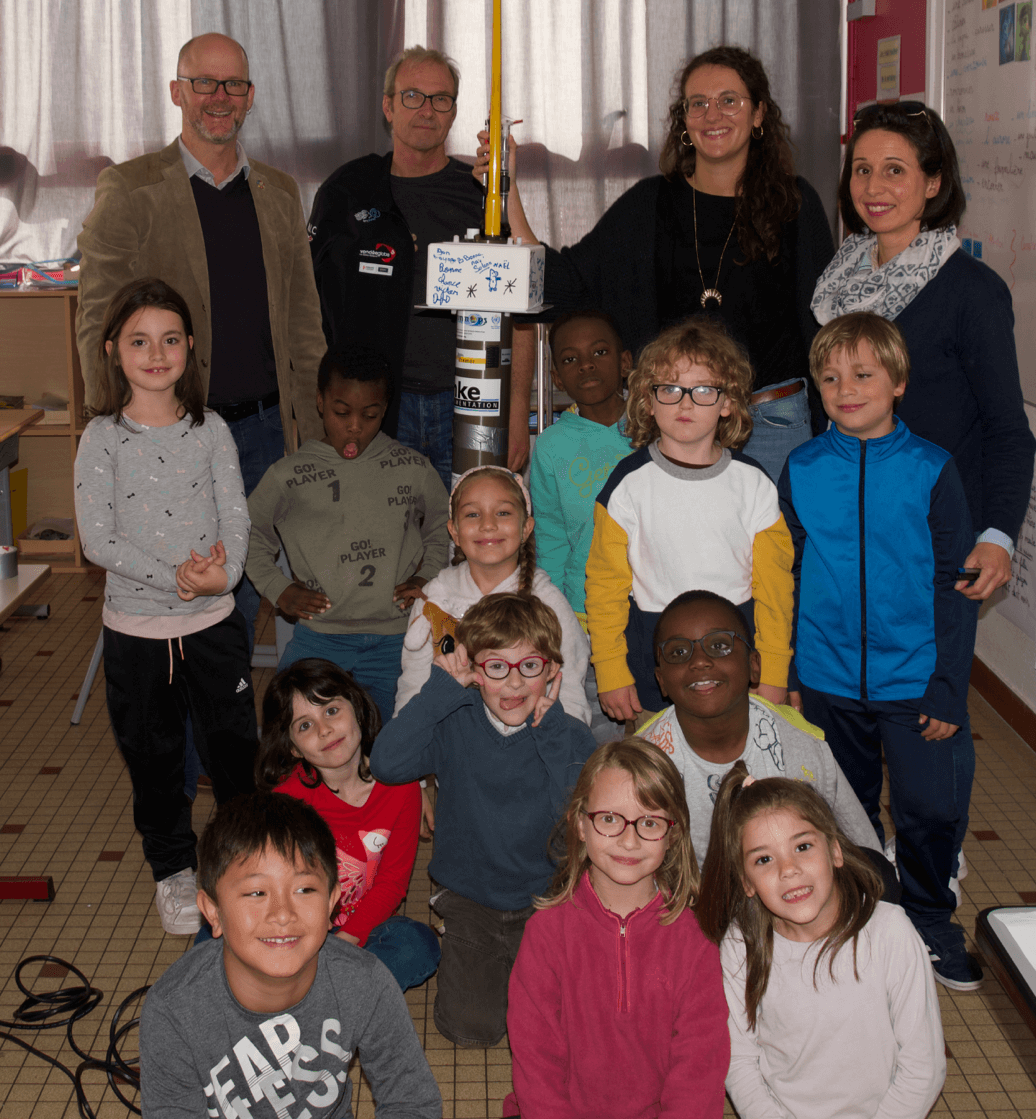