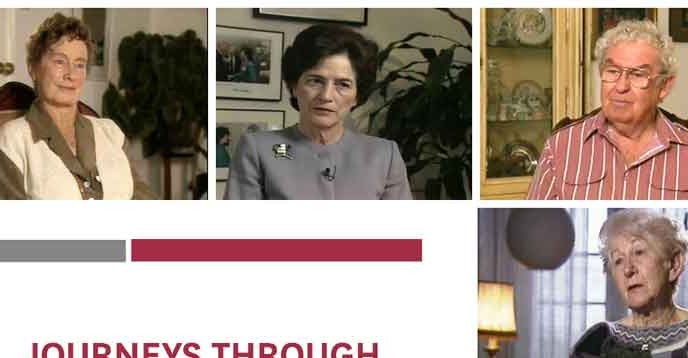 A five-part exhibit of testimony from USC Shoah Foundation’s Visual History Archive will be on display at UNESCO’s Headquarters in Paris to commemorate International Day of Commemoration in Memory of the Victims of the Holocaust on January 27.

The exhibit, “Journeys Through the Holocaust,” prepared jointly by UNESCO and the USC Shoah Foundation, was curated by Dr. Amy M. Carnes, the USC Shoah Foundation Associate Director of Education – Evaluation and Scholarship. It features video screens playing testimony clips that cover five aspects of journeys, both literal and figurative, through the Holocaust: Flight, Deportation, Liberation, Immigration, and Aftermath.

The clips, in English and French, are from 14 survivors and two other witnesses, including a soldier who liberated Buchenwald and an American war crimes trial investigator.

UNESCO’s 2014 Holocaust Remembrance activities  will include an international seminar “The impact of Holocaust education: how to assess policies and practices?” and other artistic exhibits, including a photography exhibit “In the Footsteps of the Lost”, by the Shoah Memorial, an exhibit on Jan Karski presented by the Delegation of Poland to UNESCO; and paintings by UNESCO Artist for Peace Alain Husson-Dumoutier. There will also be an official ceremony.

The exhibit will be on display at UNESCO Headquarters from 27 January until February 13.