“Us and Them – From Prejudice to Racism”: opening of a new exhibition at the Museum of Memory and Human Rights in Santiago (Chile) 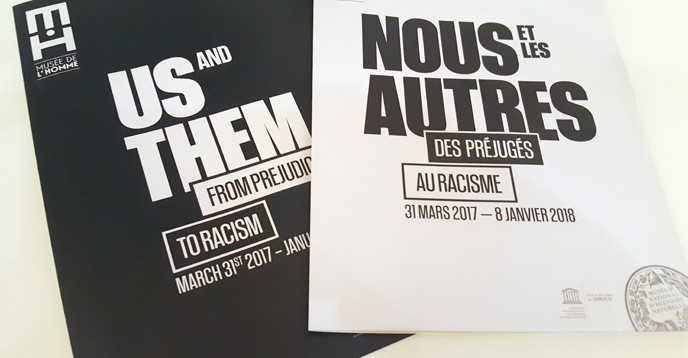 After the opening of the first major temporary exhibition “Us and Them – From Prejudice to Racism" at the Muséum national d'histoire naturelle - Musée de l’Homme in Paris in March 2017, the travelling exhibition has now been launched at the Museum of Memory and Human Rights in Santiago, Chile.

This new exhibition, open to the public from 25 April to 29 September 2019, was inaugurated by the Ambassador of France in Chile, Roland Dubertrand; the Director of the Museum of Memory, María Luisa Sepúlveda and representatives of various institutions and organizations.

On the topic of migration, a key issue in our contemporary societies, the exhibition aims to draw the visitor’s attention in the fight against racial practices and to make them reflect on their own racial prejudices. It also promotes the recognition the equality of rights.

For Francisco Javier Estévez Valencia, the Executive Director of the Museum of Memory, Chairholder  of the UNESCO/Madanjeet Chair on promoting tolerance and non-violence in Chile and Latin America through education and co-winner of the UNESCO-Madanjeet Singh Prize for the Promotion of Tolerance and Non-Violence in 2014, it is crucial to consider migration as a human right that has to be protected.

Using audiovisual and interactive technologies, the exhibition highlights the construction of racial prejudices through the “categorization” process, which has historically led to the institutionalization of racism in our society. Examples such as colonial expansion, nationalism, underlying mechanisms of discrimination and racial domination can be perceived. The exhibition also questions the construction of an “anti-racist” society and all the mechanisms put in place to prevent and change practices of individual or collective exclusion.

With the support of UNESCO and the French Institute of Chile, this innovative exhibition is an opportunity to remind us that racism is a social construction that has led to many crimes which that continue to this day. Therefore, through the International Coalition of Inclusive and Sustainable Cities – ICCAR, launched in 2004, of which the city of Santiago is a member, UNESCO engages in concrete action in the fight against discrimination and racism at the local level.