Cooperation between UNESCO and its UNESCO Chairs dealing with human rights and social inclusion issues stems from the need to better understand the social impact of COVID-19 on the most vulnerable segments of the population and the mitigating measures adopted so far.

With educational institutions at all levels closing in 191 countries, learning continues through distance and notably digital solutions. Yet, for many students in tertiary education online teaching is not an option.

The first obstacle is the digital divide. According to the UN’s International Telecommunications Union, before the COVID-19 outbreak only 47% of the population of developing countries used the Internet - compared to 86% of the population of developed countries. As pointed out by the Chair in Culture of Peace and Education at the Universidad Técnica Particular de Loja (Ecuador) “at least 60% of the student population has been affected by the pandemic, as many do not have the means or the instruments to access online teaching. Given that COVID-19 is having a vast impact on students, timely responses are needed.”

Although primary and secondary students seem to be the most affected, the digital divide can also be observed at the university level, even in developed countries. In the words of the Chair in Philosophy for Peace in the University Jaume I (Spain) “as far as education is concerned, COVID-19 is highlighting the great digital divide that still exists today, in the 21st century. At the Universitat Jaume I, according to the students, there are people who are suffering from this situation”.

When it comes to the digital divide, “the socio-economic situation of the students and their families is an aggravating factor”, observes the Chair in Democratic Citizenship and Cultural Freedom in the University La Rioja (Spain). Indeed, students in economic distress are more likely to have poor or no internet access - because they cannot afford the cost of a laptop/computer or the internet connection or because they live in regions or neighbourhoods with low connectivity. For instance, according to the UNESCO Chair in Population, Migrations and Development at the Sapienza University of Rome, in Italy about 25% of families do not have a broadband connection and among them 20.6% are in Trentino – in the north - and 35.7% in Calabria – in the south of Italy. These digital and economic divides, combined with a protracted lockdown, will result in affected students lagging further behind.

Aware of the existing digital divide, the University La Rioja has taken it into account in the instructions for adapting teaching activities to the non-attendance mode in the 2019/2020 academic year. According to the UNESCO Chair “on one hand, it was made clear that the modifications introduced should take into consideration the technological capacity available in the homes of the students […] On the other hand, if students encounter problems of a technological nature, it is recommended that they inform the teaching staff or the directorate of studies of their degree.”

The UNESCO Chairs in the University of Cordoba (Spain) and the University Jaume I (Spain) report that their host universities, in a bid to allow students in economic distress to access online teaching, offered these students the possibility to borrow laptops and 4G USB drives. 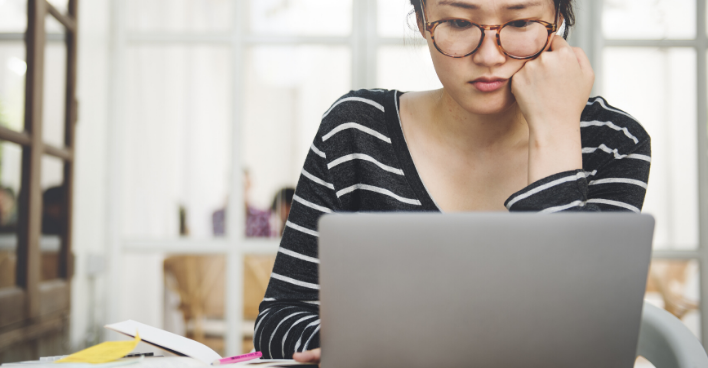 Including students with disabilities

Students with disabilities are amongst the most affected as they require specific support and teaching tools that are not always available in distance learning. The UNESCO Chairs at the University of Zagreb (Croatia) and the University of Padua (Italy) report the specific actions taken by their host institutions.

Since the Rector's announcement on distance learning, the Center for e-learning at the computing centre of the University of Zagreb  has been monitoring and supporting lecturers in the implementation of online teaching. In order to ensure inclusive distance learning, lecturers are called upon to apply specific instructions and recommendations, such as the Guidelines developed by the Office for Students with Disabilities. The Office was established in 2007 with the aim of giving equal opportunities to students who, due to illness, impairment or disability, had difficulty in fulfilling their daily academic obligations.

The Inclusion Office of the University of Padua sensitized all lecturers offering online classes to the needs of students with hearing disabilities, who normally benefit from stenotype services. Furthermore, it published on its website specific guidelines on how to make teaching tools, such as videos and PowerPoint presentations, accessible to students with hearing and visual disabilities.

Another vulnerability caused by the crisis with potential indirect impact on learning is the increased economic distress of students due to income loss. For instance, the Chair at the University of Maastricht (the Netherlands) reports that “many of the off-campus and foreign students who usually rely on part-time jobs to cover university tuition, lost their income due to the closure of non-essential economic activities.” In response, the University launched a crowdfunding campaign and offers students the opportunity to get an interest-free loan for a couple of months.  The Chair at the University Jaume I reports the latter’s decision to postpone the payment of April tuition fees to more than 5,200 Bachelor and Master students to mitigate the economic impact of COVID-19.

Since the very beginning of the pandemic UNESCO has been at the forefront in addressing the challenges related to the adoption of online teaching.

In addition to monitoring school closures and their impact on learners around the world, the Organization is focusing on strengthening capacities of distance learning systems to overcome the digital divide through resources providing support to teachers, parents and caregivers, a curated list of distance learning management solutions and an evolving repository of national responses collected from countries.

In parallel, the Organization is strengthening its cooperation with the OER (open educational resource) Community to: support openly licensed teaching and learning materials in the framework of the 2019 UNESCO OER Recommendation; identify MOOCs and OERs which can provide online courses and self-directed learning content through both mobile and desktop platforms; support, through the OER4Covid initiative, transition to online learning using OER during the COVID-19 pandemic.

Given the scarcity of reliable data, UNESCO sent the Chairs a brief questionnaire to gather information and strengthen the evidence base. Based on their responses, articles will be published online. Information and experience sharing will be pursued, and this dialogue will potentially lead to coordinated initiatives in the post-pandemic phase in order to enhance solidarity and reduce vulnerability in the face of future unexpected and protracted emergencies.