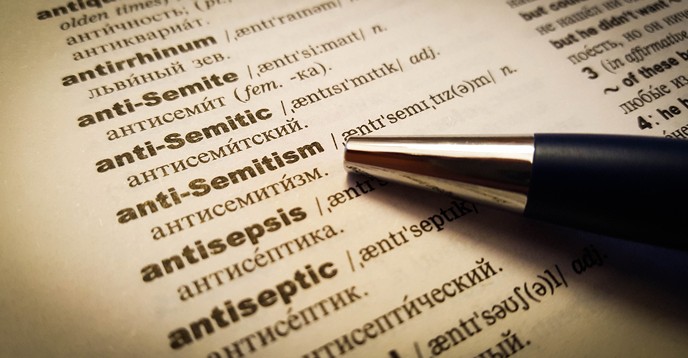 Amid rising antisemitism and violent extremism worldwide, UNESCO, the United Nations Special Rapporteur on freedom of religion or belief and the United Nations Department of Global Communications will organize a joint event on 18 October to call on Member States and all stakeholders to invest in and strengthen education to tackle and prevent antisemitism.

The joint event at UN Headquarters in New York will bring together expert speakers on antisemitism, religious freedom and human rights to draw attention to the need for concerted action.

The brutal attack on a synagogue in Halle, Germany, earlier this month illustrates the worrying global trend of violent extremism and research shows that antisemitic attacks worldwide increased by 13 per cent last year.

“We have passed the point where antisemitic incidents can be perceived as isolated echoes of the past. Antisemitism strikes and kills again,” said UNESCO Director-General Audrey Azoulay after the attack in Germany. “It is a rising form of violent extremism, which requires a firm response by all Member States to protect Jewish communities and safeguard universal human rights. For UNESCO, prevention starts with education.”

UN Under-Secretary-General for Global Communications, Melissa Fleming, stressed the need to start with young people. “Education is a vaccine against antisemitism,” she said. “Beyond the classroom, online messages of tolerance must overtake the promotion of hate.”

“The development of open societies that are resilient to extremist ideologies, including antisemitic propaganda, requires investments in education and training to enhance society-wide literacy about the different ways in which antisemitism manifests itself,” stressed the UN Special Rapporteur on freedom of religion or belief, Ahmed Shaheed. “Civil society actors can also play a vital role in combatting antisemitism, including by establishing inter-faith networks aimed at advancing social cohesion.”

The event will serve to amplify the messages of the UN Special Rapporteur’s report (A/74/358) on “Combatting Antisemitism to Eliminate Discrimination and Intolerance Based on Religion or Belief,” presented to the UN General Assembly on 17 October. During a panel discussion, speakers will call attention to the findings and recommendations of the report and highlight steps to be taken by Member States and relevant UN entities to address the issue.

The event will also feature a keynote address by Professor Irwin Cotler, former Attorney General and Minister of Justice of Canada. The panel discussion will be informed by expert opinions of Raffi Gregorian, Director and Deputy to the Under-Secretary-General at United Nations Office of Counter-Terrorism, Felice Gaer of the Jacob Blaustein Institute for the Advancement of Human Rights, Dina Wyler of the Jewish Diplomatic Corps of the World Jewish Congress, and Mark Weitzman of the Simon Wiesenthal Center.

Education about the Holocaust and genocide , Education transforms lives