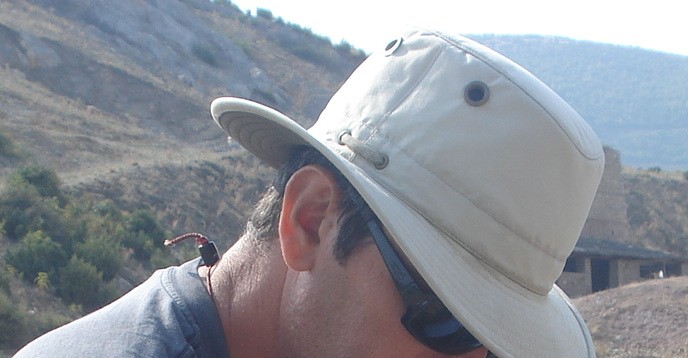 The 14th Ordinary Session of the Scientific Council of the UNESCO Regional Bureau for Science and Culture in Europe, Venice (Italy), will be held on 20 June 2014 at the Office’s premises in Palazzo Zorzi. Lorenc Bejko, Professor of Cultural Heritage Management from Tirana, Albania, will be joining for the first time as its newest member.


The UNESCO Venice Office is one of 65 field offices of the Organization spread around the world. However, it is unique in two ways: it is one of the few regional offices with a mandate in more than just one of the Organization’s five sectors; and, it is the only Office to have its own set of governing bodies (a Scientific Council and a Steering Committee) specifically for planning and monitoring the activities under the so-called “Italian Contribution”, an annual contribution that is given to the Office as set out in Italian law.

These specificities have allowed the Office to capitalize not only on the synergies inherent between its two units, Science and Culture, but also on the expertise available from the renowned intellectuals that have been nominated to serve on its Scientific Council. These nine individuals from various sub-disciplines in the fields of Science and Culture come from all around Europe and are nominated to serve a two-year term, renewable once.

Currently, the Council – representing a broad spectrum of opinions and backgrounds – is composed of the following members:

Biserka Cvjetičanin, a senior scientific researcher at the Institute for International Relations with a professional experience in researching cultural development, cultural policies and international scientific and cultural cooperation-related issues; she is a founding director of the Culturelink Network of Networks for Research and Cooperation in Cultural Development, established in 1989 by UNESCO and the Council of Europe.

Dragan Domazet, a professor, rector and founder of the Belgrade Metropolitan University and former Minister for Science, Technology and Development in the Government of Serbia (2001-2004); he has been working on policy creation in education, research and innovation, he was one of the experts who prepared the new Serbian education strategy (2011/12).

Valeria Fol, a professor in the Institute for Balkan Studies with Center of Thracology at the Bulgarian Academy of Sciences (BAS); she is a member of the National Evaluation and Accreditation Agency and Director of the Institute for Research, Management and Preservation of Cultural-Historical Heritage at the University of Library Studies and Information Technologies.

Gianni Mattioli, a former professor of Physics at the University of Rome “La Sapienza”, who currently serves as a senior professor of Energetics and Sustainability at the “Cooperazione e progettazione per lo sviluppo” Master course at the Faculty of Engineering; he has been involved in research and teaching of Nuclear Physics, Quantum Mechanics, Mathematical Physics, and Energetics.

Danielle Mazzonis,  a member of the Italian National Commission for UNESCO, an adjunct professor at the IULM and a senior consultant on Latin America local development for IADB and OECD; after graduating in Chemistry at the University of Rome, she started her career as researcher at the National Research Council and later at ENEA.

Federica Olivares, a publisher in Italy and in the USA, and formerly the Cultural Counselor to the Italian Ministry of Foreign Affairs, responsible for supporting the Minister in the strategy for cultural diplomacy activities; she is a university professor and a member the Arts, Media and Communication Department at the Università Cattolica del Sacro Cuore in Milan.

Huub Rijnaarts, a member of the science board of Deltares, a partner professor in TTI WETSUS, Chairman of the sub-department of Environmental Technology and of the cluster Bio-based Science & Technology at Wageningen University; he has built up and led applied research groups on biotechnological removal of hazardous organic chemicals in water, groundwater, and sediments.

Semir Zeki, a professor of Neuroesthetics at the University College London (UCL), after having served as a Professor of Neurobiology there; he pioneered the study of how the primate visual brain is organized, the study of the neural correlates of aesthetic experience and creativity, relying on insights from the humanities to learn more about brain organization.

Lorenc Bejko, the newest member, joins the Scientific Council from Albania, where his research activities have not only contributed to furthering his fields of archaeology and cultural heritage management within his own country, but have served to enhance our understanding of history of the Balkan region as a whole.  He is a professor of Archaeology and Heritage Management at the University of Tirana. He has an MA in Archaeology from the Boston University and a Ph.D. from the Academy of Sciences of Albania. He is specialized in prehistoric archaeology with a special interest in the Bronze and Iron Ages of Albania and the neighboring regions. His interests include methods and theory in archaeology, social and comparative studies in issues of early complex societies, archaeological conservation, heritage and contemporary society, landscape archaeology, archaeological education. He has conducted extensive fieldwork in many regions of Albania and directed/co-directed over 7 multi-disciplinary projects.

When asked about his expectations for his first session as a member of the Scientific Council, Professor Bejko had this to share: "After the experience of working with the Regional Bureau in several projects in Albania, this will be a great opportunity to get involved in the discussions of the framework and philosophy of its action plans. I strongly believe that the Office can continue to have a profound impact on the heritage of regions such as the Balkans, where it has already built important bridges of regional cooperation and appreciation of common heritage".

The UNESCO Venice Office welcomes Professor Bejko as new member of its Scientific Council and looks forward to his and the other members’ contributions at the forthcoming session and beyond.

Protecting Our Heritage and Fostering Creativity, Science for a Sustainable Future