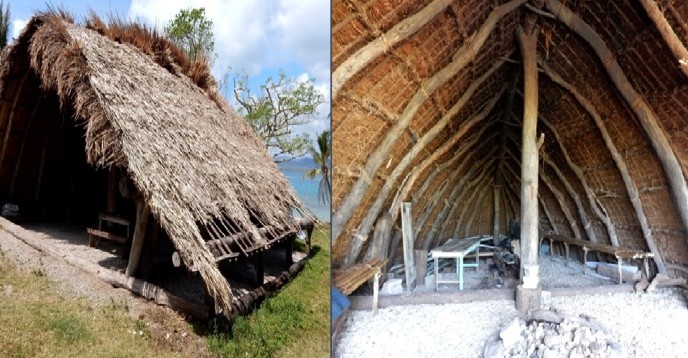 In the aftermath of the devastating Tropical Cyclone Pam, which struck Vanuatu in March, UNESCO engaged with partnering UN agencies, the European Union, and the World Bank in a government-led Post-Disaster Needs Assessments (PDNA). After three weeks of extensive information gathering and analysis of the impact and overall damages, the PDNA report was released to the public today.

Cyclone Pam caused severe and widespread damage across the entire country composed of 83 islands, directly affecting more than half of its population.

The main goal of the detailed needs assessment is to gauge the full extent of a disaster’s impact on the country and, based on these findings, to implement an adequate recovery strategy. The needs assessment report estimates that 268.4 million USD is needed for the total recovery and reconstruction activities.

UNESCO has led the assessments in the field of culture, surveying the impact of Cyclone Pam on traditional buildings, archaeological sites, Vanuatu Cultural Centre complex and other cultural institutions. The team identified the most pressing needs for the rapid recovery of affected culture sector.

An estimated 1.4 million USD is required for the reconstruction of the cultural sector, which will include the rehabilitation of affected traditional nakamals, archives, libraries, art centers, historical buildings and churches in Port Vila, as well as the Chief Roi Mata’s Domain – a World Heritage Site that was badly affected by the cyclone.

The assessment report also highlighted the value of traditional knowledge, as an element of resilience, particularly traditional building techniques. Traditional nakamal buildings that were constructed with modern materials and techniques were much more affected than nakamals constructed using local materials and traditional building skills. The traditional structure of Malvatumauri chief Nakamal, a national treasure, sustained significant damage to its thatched roof and walls but the main structure survived. The performance of nakamals during Cyclone Pam proves the value of traditional knowledge and its need to be preserved as part of living heritage and culture.

Cultural heritage underpins community identity and plays a critical role in social cohesion. The cyclone had a profound impact on community facilities and historical records. Cultural tours are the primary mechanism to transmit the values of the place within and beyond the community. Production and sale of handicrafts is a significant contributor to tourism and the national economy. The revitalization of cultural sector is essential as its prolonged disruption could threaten livelihoods.

Thanks to the detailed needs assessments, UNESCO and partners will be able to address the most pressing needs in the field of culture. The Organization remains committed in assisting the Government and the people of Vanuatu on their path to full recovery.