UNESCO and the Republic of Iraq are co-organizing the first international meeting on the "Revive the Spirit of Mosul" initiative on Monday, 10 September 2018, at the Organization's headquarters in Paris This unprecedented initiative aims not only to rebuild the city’s cultural heritage, but also to rehabilitate it educational system and revitalize its cultural life.

Audrey Azoulay, Director-General of UNESCO, will open the day with the Secretary-General of the Council of Ministers, Mahdi Al-Alaq, in the presence of ministers, political figures, representatives of religious authorities, international experts, members of civil society and UNESCO partners.

Referring to the initiative, Audrey Azoulay declared: "We wish to concentrate our efforts on the human dimension of the city’s reconstruction through the promotion of culture and education. Only by restoring the shared cultural heritage and revitalizing cultural and educational life will the people of Mosul be, once again, actors in the renewal of their country. That is the ambition of this unprecedented initiative."

The conference, which comes at a key moment for Iraq, aims to unite all the actors of the international community and make solid commitments for the reconstruction and recovery of Mosul. Its objective is to take stock of the situation after four years of conflict and to present the flagship projects already initiated by UNESCO, as well as upcoming projects.

Many experts and personalities, including the Iraqi Minister of Culture and the Director of the University of Mosul Library, will share their expertise on the history of the city and explain the current situation. This will be followed by two roundtable discussions: “Planning for Recovery and Rehabilitation” and “Planning the Revival of the Educational System”. 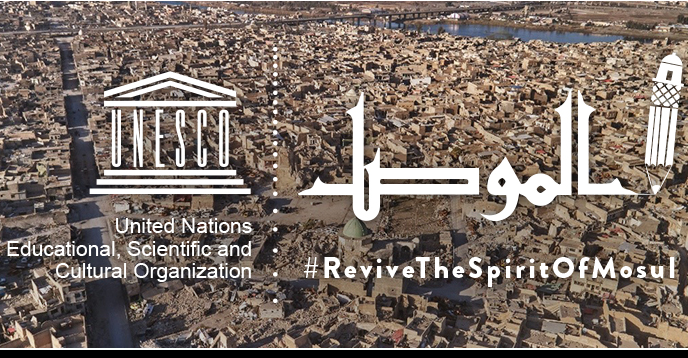