UNESCO in collaboration with Challenge Company Limited, a company based in Japan, which develops and manufactures innovative products for Earthquake Early Warning System, has provided support to Ghana’s preparedness towards earthquake disaster risk reduction.

UNESCO in collaboration with Challenge Company Limited, a company based in Japan, which develops and manufactures innovative products for Earthquake Early Warning System, has provided support to Ghana’s preparedness towards earthquake disaster risk reduction.

In August 2019, UNESCO invited Mr. Kazuo Sasaki, the representative director of Challenge co. to join a UNESCO Disaster Risk Reduction team on a fact-finding mission to Ghana on earthquake disaster risk reduction. After a number of consultations with various institutions including the Ghana Geological Survey Authority (GGSA) and the National Disaster Management Organization (NADMO), a couple of priorities were identified: 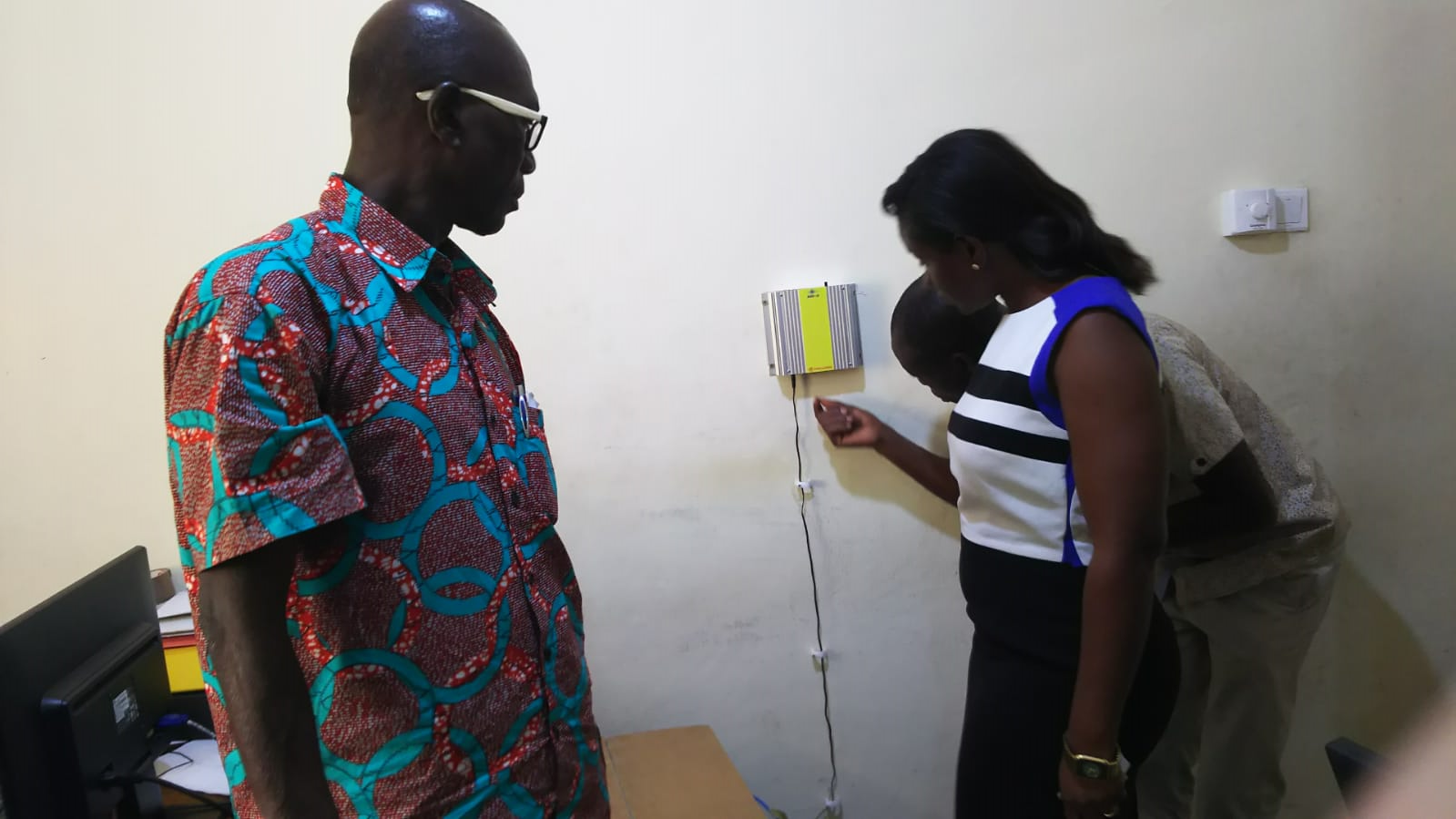 During the final meetings with the relevant agencies, Mr. Sasaki announced his intention to donate equipment called EQ guards to GGSA and NADMO. Mr. Sasaki returned to Ghana on 16 November 2019, to install EQ guards, that can function both as a seismic monitoring network and as an earthquake early warning system. A set of eight equipment has been donated by Challenge co. for this purpose.

The equipment has been installed at the NADMO office and the GGSA. One of the equipment was installed at the office of the Weija-Gbawe Municipal Assembly. Communities in Gbawe and Weija are part of Ghana’s earthquake-prone zones. The Peduase Lodge and Ghana’s House of Parliament are the other places where GGSA and NADMO have proposed for the equipment to be installed.

By way of creating awareness on earthquakes, a forum was organized by GGSA and UNESCO in collaboration with the Gbawe-Weija Municipal Assembly on 20 November 2019. As part of the forum, Mr. Sasaki took about 80 staff and some community members of the Gbawe-Municipal Assembly through evacuation drill exercises. The response was positive: participants are now informed that an early warning system coupled to good risk reduction practices such as dropping to the floor and protecting one's head from direct impact or taking cover under beds or tables, could contribute to saving about 80% of lives during an earthquake. A brilliant initiative to educate, sensitize and protect!