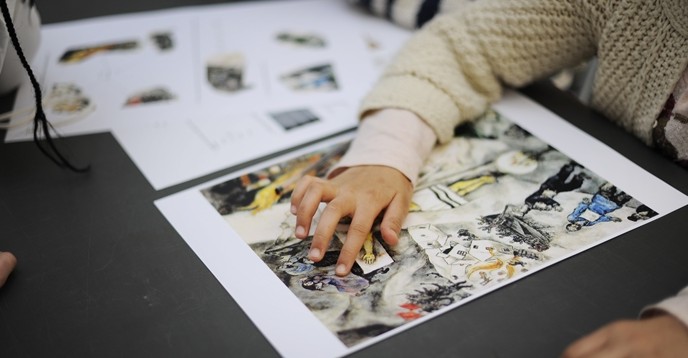 On the occasion of International Holocaust Remembrance Day, commemorated each year on 27 January, UNESCO is mobilizing to honor and reaffirm its commitment to the fight against anti-Semitism, racism and any other form of intolerance.

From 22 to 25 January, UNESCO, in partnership with the Holocaust Memorial, is organizing a series of events to commemorate the day whose theme this year is Holocaust Remembrance and Education: Our Shared Responsibility.

- 22 January (8 pm, Room I): Screening of the film The Four Sisters: The Hippocratic Oath - Ruth Elias, in presence of the director, Claude Lanzmann and the Director-General of UNESCO, Audrey Azoulay. This is the first part of a tetralogy to be broadcast soon on French- German TV, ARTE.

- 25 January (5:30 pm, UNESCO (outdoor wall)): Opening in the presence of the Director-General of UNESCO, Audrey Azoulay, of the exhibition #StolenMemory on the work of restitution of the personal belongings of the detainees of the concentration camps, carried out by the International Tracing Service of Bad Arolsen.

- 25 January 18h30 (Room I): Ceremony dedicated to the memory of the victims of the Holocaust in the presence of the President of the Shoah Memorial, Eric de Rothschild and the Director-General of UNESCO, Audrey Azoulay.

- January 26: First official visit of the Director-General of UNESCO, Audrey Azoulay to the Shoah Memorial.

- From January 22 to February 3 (Miró Room): exhibition on the Pogrom of the Night of Crystal, presented by the Shoah Memorial.

Journalists wishing to cover the event should request accreditation