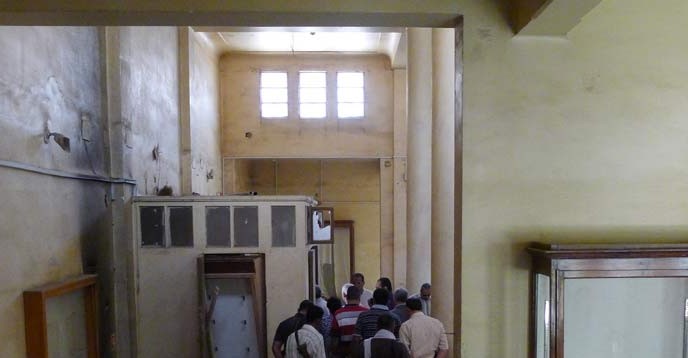 A mission of UNESCO experts to Egypt from 11 to 16 September has confirmed that nearly all the collections of the Mallawi National Museum in Minya, Upper Egypt, were looted during unrest in August.


The mission organized with the Egyptian Ministry of Antiquities and local authorities found that while the buildings were not badly damaged, 600 of the Museum’s collection of 1080 artefacts were missing (see Inventory from the Mallawi National Museum).

Some other significant churches could not be visited for security reasons.

The mission follows the 18 August statement by UNESCO Director-General, Irina Bokova, on the looting at the Mallawi Museum and her pledge to lend the Organization’s technical support and mobilize partner organizations to retrieve and repair damage to the country’s cultural heritage.

Members of the mission met Egypt’s Minister of Antiquities, Prof. Dr Mohamed Ibrahim, Dr Ahmed Sharaf Head of the Museums Department, as well as other senior officials in charge of cultural heritage.

Several other sites and museums were visited by the experts at the request of the Egyptian Ministry of Antiquities and the Ministry of Culture, notably the belle époque Casdagli Villa in Cairo, which was found to be sound despite superficial damage in February 2013.