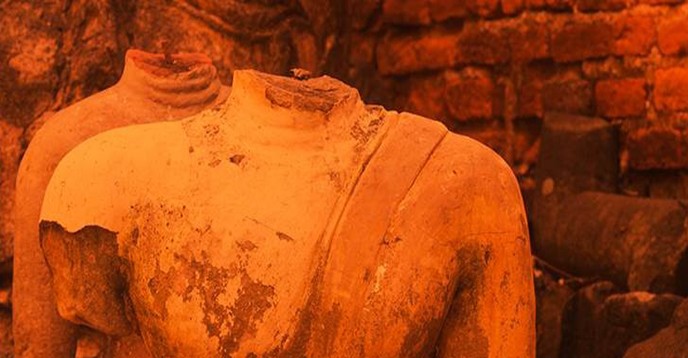 With the support of the European Union, UNESCO has launched two free on-line training courses for art market, judicial and law enforcement actors that aim to strengthen the fight against the illicit trafficking of cultural property in Europe.

The first is a MOOC (massive open on-line course) designed for European art market stakeholders, including collectors, auction houses, antiques dealers and gallerists, as well as academics, government representatives and institutions. Through five different modules, learners gain a deeper understanding of the legal frameworks surrounding heritage and cultural property, as well as the concepts of due diligence, provenance and authenticity. Each module includes good practices and real-world case studies.

The second, which will remain open for one year, is a professional e-Learning course specifically designed for European judiciary, customs, and law enforcement officials. The course contains two modules that use concrete examples and case studies to immerse learners in the legal and practical tools available to fight against the illicit trafficking of cultural property, including investigation techniques, databases and international cooperation mechanisms.

While trafficking in cultural property is not a new phenomenon, its scale, and social, cultural and economic repercussions, are unprecedented. A source of financing for violent extremism and fuel for the money laundering, fraud and corruption associated with organized crime, illicit trafficking of cultural property has become increasingly lucrative, as the Internet and social media networks provide traffickers with access to markets worldwide. Europe has long been one of the largest exporters and importers of art and antiquities in the world. At the same time, traffickers target Europe as a destination for sales and as a transit area. In this context, these two courses – the first of their kind – respond to the need for better training and awareness raising on the illicit trafficking of cultural property in Europe.

These courses also provide a new means to expand the reach and implementation of UNESCO’s Convention on the Means of Prohibiting and Preventing the Illicit Import, Export and Transfer of Ownership of Cultural Property (1970). The courses were elaborated with input from international experts in the fight against illicit trafficking of cultural property, including from the International Institute for the Unification of Private Law (UNIDROIT), INTERPOL, World Customs Organization (WCO), United Nations Office on Drugs and Crime (UNODC), International Council of Museums (ICOM), EUROPOL and EUROJUST.

The on-line trainings are available in English and French on the 360Learning tool and can be accessed here .