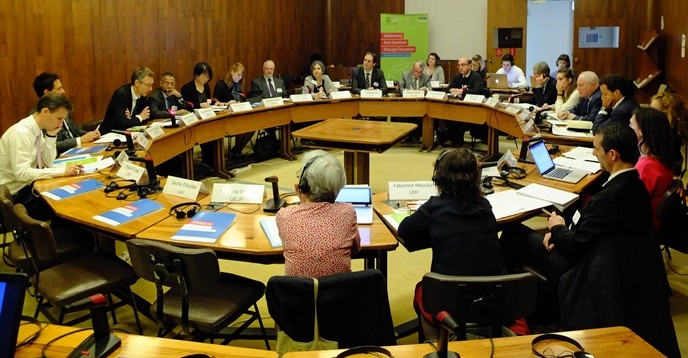 During the introduction, UN Special Rapporteur Ahmed Shaheed stated that “all indicators show a global surge in hatred. Antisemitism is the oldest and possibly the most widespread form of hate, and it is also often the first to raise its ugly head as societies descend into bigotry. Just as one form of hate provides a foundation for all forms of hatred, addressing antisemitism will provide a foundation to deal with all forms of hatred. I am holding these consultations because I want to hear first-hand from the affected communities and from those working to address this global challenge.”

The consultation meeting was hosted by UNESCO’s Education Sector in line with its commitment to address antisemitism and all forms of discrimination through education. In this context, Stefania Giannini, UNESCO Assistant Director General for Education, welcomes the focus of this year’s report of the UN Special Rapporteur, underlining the power of education to prevent all forms of discrimination: “Like any form of discrimination, antisemitism poses a threat to the realization of all peoples’ human rights. As we are witnessing a global rise of antisemitism, we cannot stand by, but have to address it. UNESCO is committed to promote education as a tool to build the resilience of learners to antisemitic stereotypes, to raise awareness for the harmful effects of discriminatory rhetoric and to empower them to reject all forms of prejudice.”

Education about the Holocaust and genocide , Global citizenship education