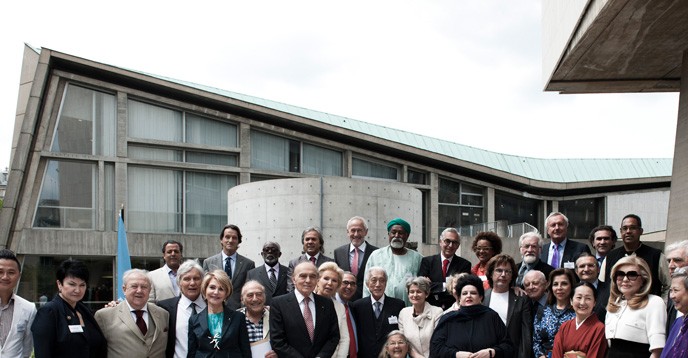 UNESCO’s Annual Goodwill Ambassador Meeting will be held on 26 and 27 June at UNESCO Headquarters in Paris. The meeting brings together Goodwill Ambassadors from every corner of the globe to discuss the Organisation’s priority programmes and initiatives, in particular education of girls and women, culture and development, as well as key issues concerning the ocean.


During the two-day meeting, representatives from the Programme Sectors of the Organization will be providing the Honorary and Goodwill Ambassadors with more information on these areas, to obtain their views, feedback and advice on how better to promote, raise awareness and increase visibility on these global goals.

On the evening of June 26 there will also be an event to recognise the work of Bibi Russell, who was named a UNESCO Artist for Peace in 1999 for her work in promoting and protecting the traditional artisanal crafts of her Bangladeshi homeland. Director General Irina Bokova will be speaking at the event about Ms Russell’s tireless work to alleviate poverty through culture and creativity, a vision that UNESCO shares.

The UNESCO Goodwill Ambassadors are a group of eminent personalities who are chosen to represent the values and mission of UNESCO as an Organisation. They work to promote these values through their careers and humanitarian activities, and use their visibility to bring attention to the Organisation’s work. The Ambassadors come from all walks of life, from artists and actors to politicians and businesspeople, and make an invaluable contribution towards the objectives and aims in UNESCO's four fields of competence – education, culture, science and communication/information.