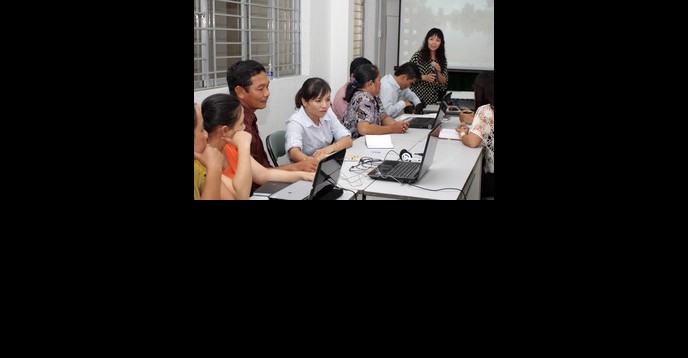 Within the past year UNESCO has been a part of numerous projects in the Asia-Pacific region aimed at bringing community radio, as well as the training necessary to sustain this form of media, to rural and ethnic minority communities. Viet Nam has recently reaped the benefits of a UNESCO-sponsored program aimed at improving media reporting and enhancing cultural diversity in the country’s rural provinces.


Viet Nam has 54 ethnic groups recognized by the Government, with a population of 13 million ethnic minority people. Government policies are in place to promote cultural identity while encouraging ethnic and media diversity. Thus, out of 67 radio and television stations, 39 stations have had broadcasts in 26 ethnic languages. However, of the 341 broadcaster personnel of ethnic minority programmes, only a small number are of ethnic minority origin, and few were able to write news stories and reports in the national language, let alone in their mother tongues.

Recognizing the need to increase the number of ethnic minority broadcasters and improve training for those who have received very little over time, the Voice of Viet Nam (VOV) and UNESCO’s International Programme for the Development of Communication (IPDC) teamed up to hold training for 60 ethnic minority broadcasters in order to build their capacity and give them the confidence to share what they learned with their local communities. Participants acquired skills needed to produce content designed for ethnic minority communities, write stories, use digital recorders, and select appropriate sound and music. Other important skills such as the use of sound editing software and understanding the best use of search engines to find information were also integrated throughout the training sessions.

Radio has long been considered as one of the most effective means of communication in remote regions, which are often inhabited by ethnic minority communities. Recognizing this importance, the Vietnamese Government began implementing in 2011 a “National Target Programme expanding information to remote, mountainous, border and island area”, with particular emphasis on disadvantaged and ethnic minority regions. The training conducted by the VOV and the IPDC have helped towards this programme.

A network of broadcaster personnel of ethnic minority programmes was set up following the training course, and it will help with the long-term goal of bringing relevant content in local languages to all regions of Viet Nam.