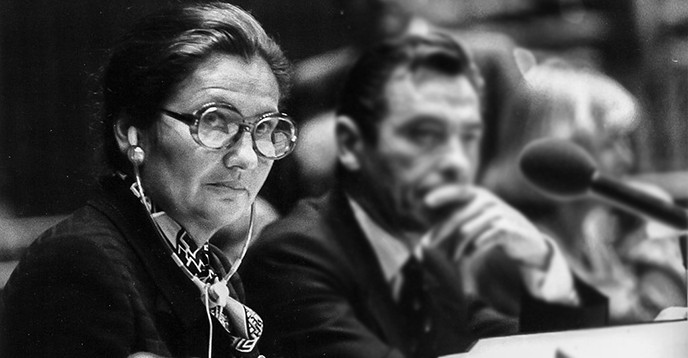 Simone Veil was a witness of the 20th century and of the tragedy of the Holocaust. She was a champion of the struggle for women's rights and the construction of Europe. A survivor of the Nazi Death Camps, she tirelessly promoted historic knowledge as a bulwark against the persistent daemons of racism and anti-Semitism.

Forever marked by war, Ms Veil was an early promoter of, and key contributor to, the construction of Europe as an instrument of peace.

A woman of strong convictions, she served as minister in several French governments initiating major advances for the rights of women, for which we are indebted.

Simone Veil had a vision for France and Europe based on freedom and a full commitment to human rights. She grew to become a universal figure and model for millions of men and women around the world.

A great friend of UNESCO, Ms Veil frequently visited the Organization, contributing her clarity of vision to debates on the role of culture and education in advancing the struggle for human dignity. Her immense legacy will not be forgotten.

Simone Veil, former minister, politician and French academician, died on 30 June 2017, at the age of 89.