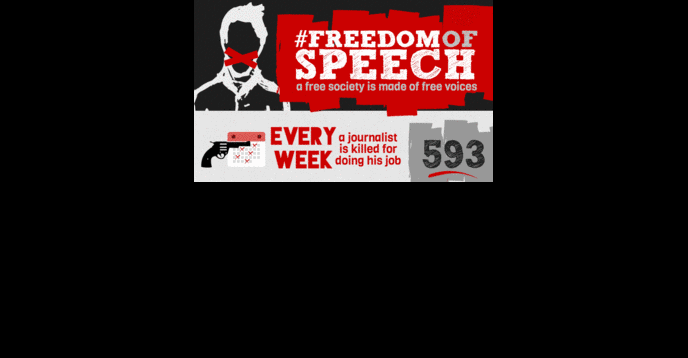 UNESCO Director-General Irina Bokova today called for an investigation into the murder of Congolese radio journalist Guylain Chanjabo, whose body was found on Friday 17 May in the Ngezi River, five kilometres from the city of Bunia in the north-eastern region of the Democratic Republic of Congo.

“I condemn the murder of Guylain Chanjabo and urge authorities in the Democratic Republic of Congo to do their utmost to shed light on his tragic death, and bring those responsible to justice,” the Director-General said. “Freedom of expression is an irrevocable right in democratic societies, necessary for the rule of law and allowing citizens to take part in informed debate.”

Guylain Chanjabo presented a Swahili language programme on Radio Canal Revelation. He was reported missing on 5 May. His body, bearing evidence of neck injuries, was found 12 days later.

According to Reporters Without Borders, the journalist had been violently attacked six months ago, and, just before his disappearance, had been beaten in a bar by an unidentified person who criticized the content his programmes.

UNESCO is the United Nations agency with a mandate to defend freedom of expression and press freedom. Article 1 of its Constitution requires the Organization to “further universal respect for justice, for the rule of law and for the human rights and fundamental freedoms which are affirmed for the peoples of the world, without distinction of race, sex, language or religion, by the Charter of the United Nations.” To realize this the Organization is requested to “collaborate in the work of advancing the mutual knowledge and understanding of peoples, through all means of mass communication and to that end recommend such international agreements as may be necessary to promote the free flow of ideas by word and image…”

Press Freedom on All Platforms, Safety of Journalists
Democratic Republic of the Congo