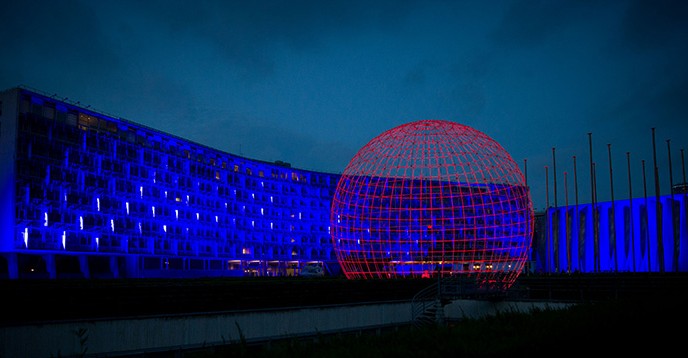 The first edition of the International Day of Light celebrated the vital role of light and light-based technologies in science, culture and art, education and sustainable development, and in areas as diverse as medicine, communications and energy. More than 500 events were held around the world, including an official celebration at UNESCO on 16 May, which brought together leading researchers, artists and political representatives.

"Thanks to the work of scientists, thanks to exchanges between scholars, the science of light has continued to progress over the centuries, to mature, opening ever more fertile perspectives to understand our universe and improve our lives,” said Audrey Azoulay, Director-General of UNESCO, during her opening address.

This day also marks the first anniversary of the operationalization of the SESAME synchrotron*, the first international research center of this scale in the Middle East, which contributes to strengthening scientific excellence in the region while building bridges for collaboration, dialogue and mutual understanding across borders.

Claude Cohen-Tannoudji, Nobel Prize in Physics in 1997, and Kip Thorne, Nobel Prize in Physics in 2017, each presented their research. Claude Cohen-Tannoudji stressed the importance of supporting basic research. At the time of the first use of the laser in 1960, he recalled that no one imagined how useful it could become, most believing that it was a toy for research and physicists only. Today lasers are everywhere, they have become an essential tool for medicine and communication. Kip Thorne shared the progress made since the first detection of a gravitational wave just two years ago, providing a new window to study the universe. He presented the upcoming projects, which should allow us, by 2050, to detect and study the gravitational waves generated during the "Big Bang".

The ceremony was punctuated by numerous presentations and panels. The Permanent Delegates to UNESCO of Ghana, the Russian Federation, Mexico and New Zealand further explained the unifying role of light and the importance of basic science for sustainable development.

Many cultural events marked this inaugural celebration, including the illumination of UNESCO headquarters by the artist Kari Kola, the song "Look to the Universe", written in homage to Stephen Hawking by Linda Lamon and interpreted by the soprano Katerina Mina, and the exhibition of Pyramidion by Milène Guermont echoing the obelisk of Paris, whose tip was originally in electrum - a gold and silver alloy that is at the origin of the word electricity – and symbolized the interface between Earth and sky.

An exhibition of the Mexican Museum of Light, which traces the impact of light on humanity through the ages, will also be open to the public during the Night of Museums on May 19th.

This celebration would not have been possible without the commitment of many partners, including the European Physical Society (EPS) and the International Society of Optics and Photonics (SPIE).