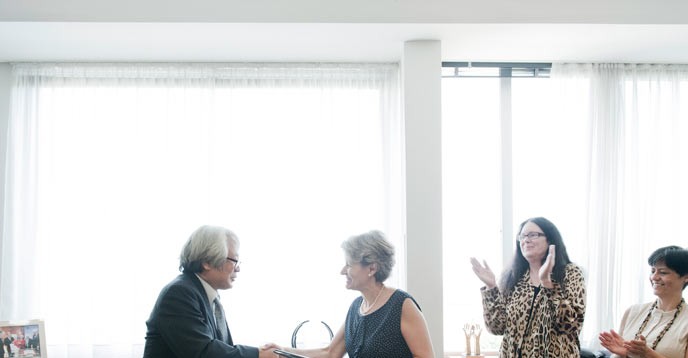 On 23 July, the Director-General of UNESCO, Irina Bokova, and the Ambassador of Japan to UNESCO, H.E. Mr Isao Kiso, signed an agreement for the renewal of the International Centre for Water Hazard and Risk Management (ICHARM), at UNESCO Headquarter in Paris.


The Agreement, which entered into force upon its signature, grants ICHARM the status of an international centre under the auspices of UNESCO (Category 2) for a second six years term.

ICHARM, which was established in March of 2006, has been an active contributor to UNESCO’s International Hydrological Programme activities worldwide, especially in the area of flood risk mapping and risk management.

“The Centre has been an important partner of UNESCO’s intervention in Pakistan after the devastating 2010 flood (…) More recently, the Centre has also played a key role in IHP’s support to Namibia’s effort to strengthen the country’s disaster preparedness,” acknowledged the Director-General. The Centre also serves as the global secretariat for the UNESCO-IHP International Flood Initiative.

One of the key reasons for ICHARM’s success has been the Centre’s willingness and ability to cooperate with other centres under the auspices of UNESCO.  It regularly engages in training and capacity building activities jointly with other centres in Southeast Asia and in other regions.

Today’s signing signifies the mutual agreement to continue cooperation in water hazard science, and to  further work together on strengthening the resilience of Member States to water-related hazards, which is highly important in light of climate and other global changes.