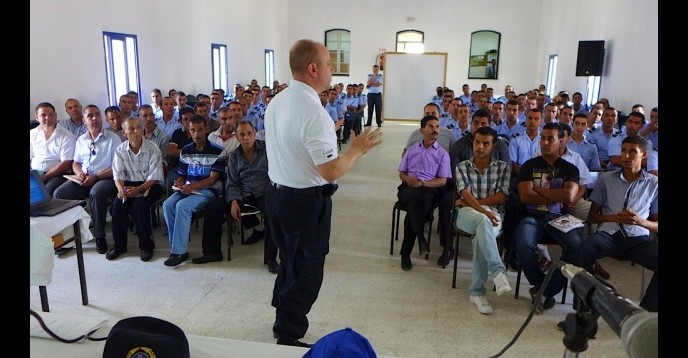 An agreement with UNESCO to continue supporting the training of security forces on freedom of expression, freedom of press and safety of journalists to promote democratic principles in Tunisia, was signed the 15 November 2013 by the Embassy of the Netherlands in Tunis, on behalf of the Dutch Ministry of Foreign affairs.


In the context of support for institutional reforms in Tunisia undertaken by the United Nations, UNESCO and the Tunisian Ministry of the Interior began a cooperation programme in January 2013 to train security forces on human rights, freedom of expression and safety of journalists and to reform the regulatory framework of the relations with media professionals. The project, organized with the support of the Government of the Netherlands, will aim at fostering democratic transition underway in Tunisia in the context of which it is essential to continue encouraging the respect for human rights and democratic principles, freedom of expression and the safety of journalists.

This second phase of activities will be coordinated by UNESCO’s Project Office in Tunis, and is scheduled for 2014.