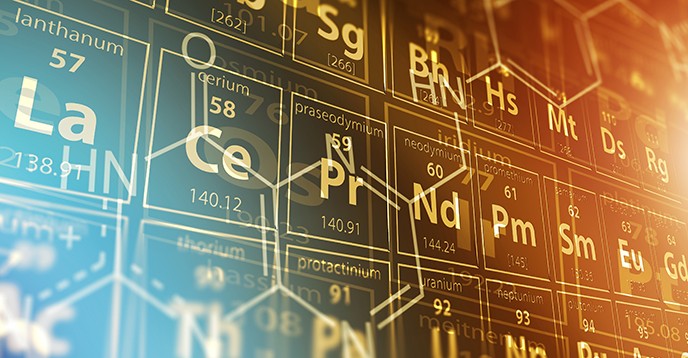 UNESCO and the 1001 Inventions organization will launch a new educational initiative celebrating the 8th century polymath Jabir ibn Hayyan as part of the 2019 International Year of the Periodic Table of Chemical Elements (IYPT2019) – a yearlong initiative to raise awareness of chemistry and its applications for sustainable development.

The Periodic Table of Chemical Elements is one of the most significant achievements in science, capturing the essence not only of chemistry, but also of physics and biology. It is a unique tool, enabling scientist to predict the appearance and properties of matter on the Earth and in the rest of the Universe. The International Year proclaimed by the United Nations will bring together a variety of stakeholders around the world – including scientists, educational institutions, non-profits and private-sector supporters – to foster educational initiatives and scientific collaboration, improve access to science education and reflect on the role of science for society and sustainable development.

The new multimedia initiative, titled “1001 Inventions: Journeys from Alchemy to Chemistry”, focuses on contributions to the foundations of modern chemistry by ancient cultures and civilizations, in particular the remarkable work of the pioneering polymath Jabir ibn Hayyan, also known as Geber, in the 8th century. Jabir ibn Hayyan spent most of his life in Kufa, Iraq, where he devised and perfected sublimation, liquefaction, crystallization, distillation, purification, amalgamation, oxidation, evaporation, and filtration. He developed precise measuring equipment, and discovered sulfuric, nitric, and nitromuriatic acids, all now vitally important in the chemical industry. His research and publications, including the Great Book of Chemical Properties, The Weights and Measures, The Chemical Combination, and The Dyes, opened the way for modern chemistry and guided scientists during the following centuries.

Through a series of international events, combining experiments, live shows, digital content, and teaching resources, this new initiative will promote basic sciences education to all, including youth, teachers and families to inspire inquisitiveness and curiosity. It will be launched during the opening ceremony of the International Year of the Periodic Table of Chemical Elements on 29 January 2019 at UNESCO Headquarters in Paris, France.

“The International Year of Periodic Table of Chemical Elements is a great opportunity to reflect upon many aspects of the periodic table, including its evolution, the role of women in research, global trends and perspectives on basic science for sustainable societies” explained Martiale Zebaze Kana, Executive Secretary of UNESCO’s International Basic Sciences Programme (IBSP). “UNESCO is delighted to collaborate with 1001 Inventions to further promote innovative ways in teaching basic sciences with special emphasis in hands-on approach.”

“1001 Inventions is delighted to continue to partner with UNESCO and support IYPT2019 public engagement efforts” said Ahmed Salim, 1001 Inventions Co-Founder and Managing Director. “We are very excited to launch a new global educational initiative presenting fascinating journeys of discovery in Chemistry. Through exciting learning experiences, we aim to help inspire a new generation to learn more about basic sciences and its importance for sustainable development while recognising humanity’s shared scientific heritage.”

The launch will include an event organized for schools and youth, and the initiative will be rolled out around the world in partnership with science centres, science festivals, museums, educational institutions, digital and social media platforms.

About Jabir ibn Hayyan (722 to ca 815)
Jabir ibn Hayyan, also known in Europe as Geber, was the son of a druggist who spent most of his life in Kufa, Iraq. He devised and perfected sublimation, liquefaction, crystallization, distillation, purification, amalgamation, oxidation, evaporation, and filtration. He also wrote about how chemicals combined, without loss of character, to form a union of elements together that were too small for the naked eye to see.

Jabir vastly increased the possibilities of chemical experiments by discovering sulfuric, nitric, and nitromuriatic acids, all now vitally important in the chemical industry.

He also built a precise scale, which weighed items 6,480 times smaller than the ratl
(ratl=1 kilogram or 2.20 pounds), and noticed in certain conditions of oxidation, the weight of a metal was lessened.

Some of Jabir ibn Hayyan’s writings include the Great Book of Chemical Properties, The Weights and Measures, The Chemical Combination, and The Dyes. Among his greatest contributions to the theory of chemistry were his views on the constitution of metals, and these survived with slight alterations and additions until the beginning of modern chemistry in the 18th century.

About the 2019 International Year of periodic Table of the Chemical Elements (IYPT2019)
The United Nations General Assembly during its 74th Plenary Meeting proclaimed 2019 as the International Year of the Periodic Table of Chemical Elements. The IYPT2019 was adopted by the UNESCO General Conference at its 39th Session (39 C/decision 60) to highlight the contributions of chemistry and other basic sciences to the implementation of the 2030 Agenda for Sustainable Development.

The IYPT2019 is an IUPAC initiative and administered by a Management Committee consisting of representatives of the initiating organizations, UNESCO and a number of other supporting international organizations.

About 1001 Inventions
1001 Inventions is an award-winning, British based organization that creates international educational campaigns and engaging transmedia productions aiming to raise awareness of the contributions to science, technology and culture from the Golden Age of Muslim Civilization.
1001 Inventions has engaged with over 350 million people across the globe working with a network of international partners, including UNESCO, National Geographic and leading academics to produce interactive exhibits, short films, live shows, books and classroom learning materials that are being used by hundreds of thousands of educators around the world.

Science for a Sustainable Future, Investing in Science, Technology and Innovation, Building Capacity in Science and Engineering, Science for Society
Iraq