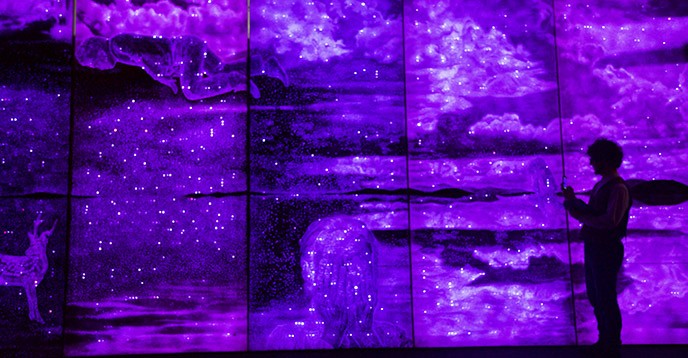 Representatives from 144 countries, plus the European Union, have approved a set of guidelines on contemporary culture in the digital environment to help countries ensure that artists and producers benefit fully and fairly from the information technologies’ potential at the stages of creation, production and distribution.

UNESCO Director General Irina Bokova welcomed this development saying, “This is a major breakthrough to adapt the 2005 UNESCO Convention to the needs of our time.These guidelines are a way of ensuring that the digital environment can fulfil all its promises as a motor for an inclusive and creative society.”

The text on the Implementation of the Convention in the Digital Environment was endorsed on 15 June by the Parties to UNESCO’s Convention on the Protection and Promotion of the Diversity of Cultural Expressions during their biennial meeting at UNESCO Headquarters.

The guidelines also address the need to ensure an inclusive offer of content to the public that will not discriminate against cultural goods on the basis of provenance, language or social factors. They also reaffirm the need to respect human rights in the digital environment, notably freedom of expression, artistic freedom and gender equality.

The guidelines are the fruit of five years of research and debate with experts, governments and civil society on the challenges and potential created by the expansion of social networks and user-generated content, the proliferation of multimedia devices and the emergence of powerful web-based companies. These factors mean the digital environment requires new business models for e-commerce and streaming, for example, and reinforced policies to protect copyright. 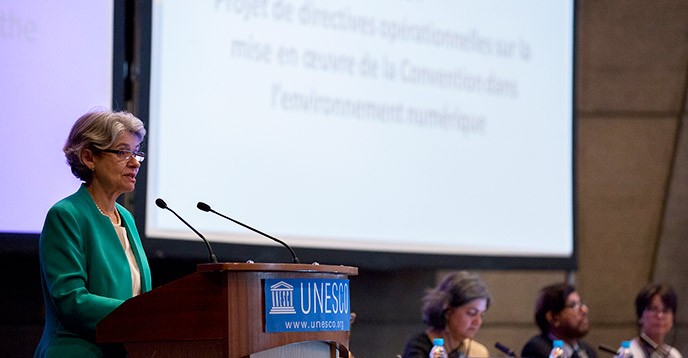 As noted in UNESCO’s report “Re | Shaping Cultural Policies, the digital revolution has fundamentally altered the cultural industries. At the same time, not everyone has the necessary infrastructure (devices and internet connectivity) and artists do not always have the relevant technical know-how. The guidelines therefore also feature advice to governments wishing to harness the potential of the digital environment in developing their cultural and creative industries.

Supporting the next generation of artists

The need to protect internet freedom while ensuring that content-producers are fairly remunerated has been gaining increased attention, particularly thanks to civil society.

On 12 June, several civil society representatives called on the international community to strengthen legislation worldwide. This happened during an event co-organized by UNESCO and the International Confederation of Societies of Artists and Composers (CISAC), which represents four million artists worldwide.

Norweigan filmmaker and UNESCO Goodwill Ambassador Deeyah Khan described the financial difficulties many artists face, “in no other profession would you be expected to work for free,” she said.

French composer Jean-Michel Jarre, UNESCO Goodwill Ambassador and President of CISAC further argued that “we urgently need a new business model to ensure fair pay for artists or we simply won't have the next Victor Hugo, Coldplay or Stanley Kubrick”.

Protecting Our Heritage and Fostering Creativity, Diversity of Cultural Expressions