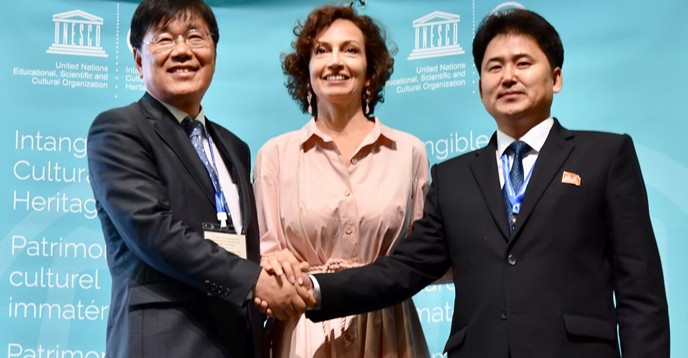 “A highly symbolic step towards inter-Korean reconciliation, that reminds us of the peace-building power of cultural heritage”

The Intergovernmental Committee for the Safeguarding of the Intangible Cultural Heritage, meeting in Port Louis (Mauritius), has decided to inscribe traditional Korean wrestling, ssirum/ssireum, on the Representative List of the Intangible Cultural Heritage of Humanity, on the basis of a joint application by the Democratic People’s Republic of Korea and the Republic of Korea.

“The fact that both Koreas accepted to join their respective applications is unprecedented,” declared Audrey Azoulay, Director-General of UNESCO. “This would not have been possible without great trust in UNESCO on the part of all Korean authorities. The joint inscription marks a highly symbolic step on the road to inter-Korean reconciliation. It reminds us of the peace-building power of cultural heritage, as a bridge between peoples. This marks a victory for the longstanding and profound ties between both sides of the inter-Korean border.”

Traditional Korean wrestling—“Ssirum” in the Democratic People’s Republic of Korea and “Ssireum” in the Republic of Korea—has deep significance for all Koreans. Fundamentally linked to land and agriculture, it is both a national sport and a very popular cultural practice. Competitions are regularly organized during agricultural events or festivals linked to the cycle of the seasons. 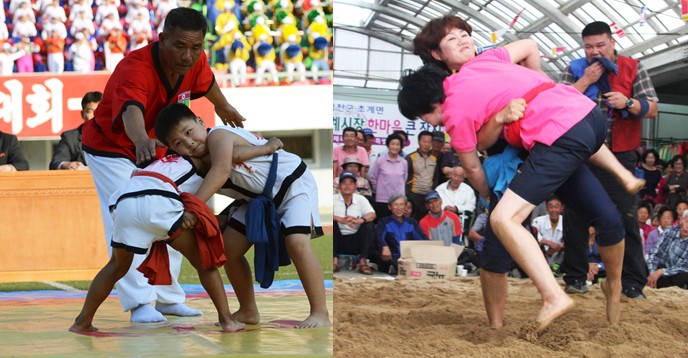 This unprecedented joint inscription was made possible thanks to the common will of the two Koreas—the Democratic People’s Republic of Korea and the Republic of Korea. Following UNESCO’s mediation, they agreed to merge their initially separate applications for the inscription of traditional Korean wrestling on the Representative List of the Intangible Cultural Heritage of Humanity.

This achievement follows on the Director-General’s visit to the Republic of Korea last June and her meeting with President Moon Jae-in last month in Paris. During that meeting, Ms Azoulay proposed a series of concrete projects involving UNESCO that would facilitate inter-Korean reconciliation. Similar discussions also took place over recent weeks with the People’s Democratic Republic of Korea. The commitment of UNESCO to facilitate peace between the two parties has led to the joint inscription in a short timeframe.

UNESCO will continue to work on concrete projects with the authorities of both countries towards reconciliation on the Korean peninsula, through culture, education and the sciences. These sectors, at the heart of UNESCO’s mandate, are essential foundations for lasting peace.