Traditional dances, crafts, knowledge and music on the agenda at Intangible Heritage Committee meeting in Namibia 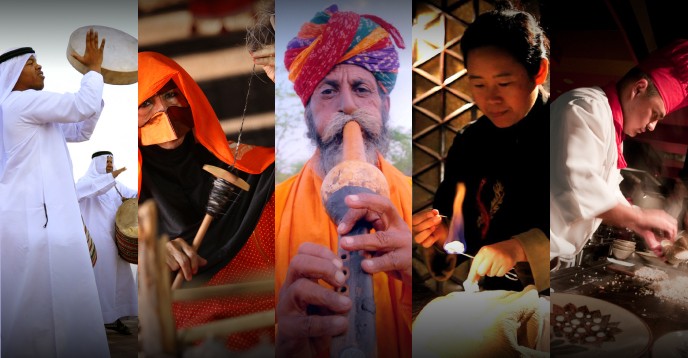 The Intergovernmental Committee for the Safeguarding of the Intangible Cultural Heritage will convene from 29 November until 4 December in Windhoek, Namibia, under the chair of Trudie Amulungu (Namibia).

The Committee will also examine a range of 12 ethical principles to be considered in safeguarding intangible heritage. Their goal is to prevent disrespect and misappropriation—be it moral, legal or commercial—of intangible cultural heritage. They recognize the importance of ensuring the free and informed prior consent of local communities, respecting the rights of those concerned to full and equitable participation in any process, project or activity that may affect them, and acknowledging the crucial role of communities in maintaining and managing their culture and heritage.

The List in Need of Urgent Safeguarding features intangible heritage elements whose viability is at risk and whose safeguarding is regarded as a matter of urgency. It numbers 38 elements to date and enables States Parties to the Convention to mobilize international cooperation and assistance to ensure the transmission of these cultural practices with the participation of the communities concerned.

This year’s seven nominations for inscription on the List in Need of Urgent Safeguarding are:

The Representative List of the Intangible Cultural Heritage of Humanity numbers 314 elements to date. It aims to enhance the visibility of communities’ traditions and knowledge without recognizing standards of excellence or exclusivity.

The nominations for 2015 for the Representative List of the Intangible Heritage of Humanity are:

Journalists wishing to cover the proceedings of the Committee are invited to register online at: http://www.unesco.org/culture/ich/en/registration-00789

An information kit with facts and figures, frequently asked questions, information on proposed candidates and suggested contacts for interviews is available here:

A forum for NGOs that are dedicated to the safeguarding of intangible heritage and accredited par UNESCO will be held on 29 November from 9.30 a.m. until 4.00 p.m. For more information, visit: http://www.ichngoforum.org/