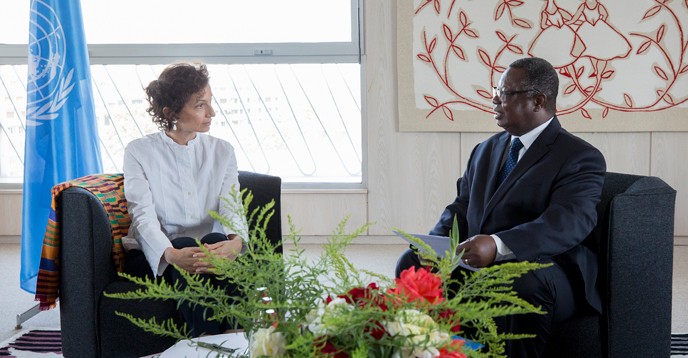 On 25 July 2018, the Ambassador of Togo to UNESCO, Sankardja Laré-Sambiani, met the Director-General of UNESCO, Audrey Azoulay, to celebrate the first ratification of the revised Convention on the Recognition of Studies, Certificates, Diplomas, Degrees and Other Academic Qualifications in Higher Education in African States, known as the Addis Convention.

The Convention notably aims to facilitate student mobility through the recognition of their educational qualifications.

Togo is the first country to commit to the Addis Convention, adopted in 2014 in Addis Ababa. Several African UNESCO Member States have initiated ratification of the Convention, which will enter into force once 10 of them have completed the process.