Through the lens of creativity and societal transformation. IFCD invests in South-East Europe 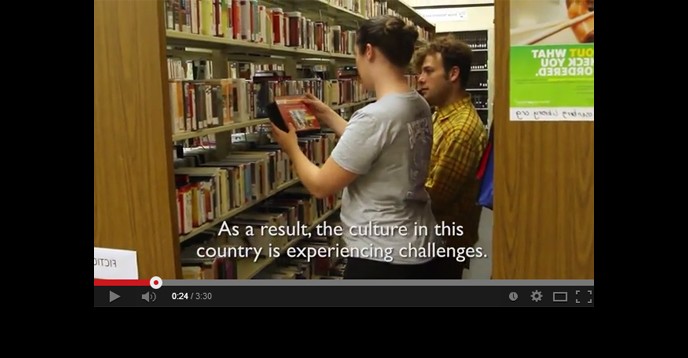 UNESCO’s International Fund for Cultural Diversity (IFCD) selected “Strengthening local and regional institutional capacities to develop cultural industries policies in Serbia”, to be implemented by the Creative Economy Group in Serbia, as one of seven projects to receive funding. This decision was made during the Intergovernmental Committee meeting for the 2005 Convention on the Protection and Promotion of the Diversity of Cultural Expressions in December.


The aim of the project is to develop evidence-based cultural policies that have a direct effect on the creation, production and distribution of and access to a variety of cultural goods and activities at a local and regional level in Serbia. It encourages effective policy interventions that can help to develop a competitive, dynamic cultural and creative industries sector in Serbia.

Since 2010, the IFCD has provided around US$ 5,3 million in funding for 78 projects in 48 developing countries, covering a wide range of areas, from the development and implementation of cultural policies to the capacity-building of cultural entrepreneurs, the mapping of cultural industries and the creation of new cultural industry business models. So far, the South-East European region has been active in participating in the IFCD, accounting for 10,66% of the total funding: Croatia (2), Serbia (2), Bosnia and Herzegovina (1), The former Yugoslav Republic of Macedonia (1) and Montenegro (1). To date, the cultural initiatives funded in South-East Europe  help encourage dialogue and foster cooperation in the region. These include:

Building the creative city, a project aiming to study the cultural and creative industries in Zagreb (Croatia) as a basis for informed and effective cultural policies. Organised by the Institute for Development and International Relations, in 2013-2014, the project highlighted the importance of these industries to the full and sustainable development of a city.

A digital platform for culture, an initiative implemented in 2013-2014 by the School of Journalism and Public Relations in The former Yugoslav Republic of Macedonia, mapped the audio-visual industry and studied its impact on the country’s development, to raise awareness about the role of digital technologies in the audio-visual media sector.

United we stand was organised in 2013 by the Association of Fine Artists of Montenegro to foster the exchange of best practices between artists and cultural associations from 6 different countries in the Balkan region, to strengthen their creative capacities and foster regional cooperation

Talking creativity and making it happen, a project implemented by ACADEMICA - Akademska Grupa in Serbia in 2012-2013 to enhance the capacities of cultural entrepreneurs in the country’s rural and least developed areas to raise awareness about the creative sector as an important source of sustainable development and employment generation.

Action! was undertaken in 2012-2013 to map the film industry of Bosnia and Herzegovina in order to highlight its economic potential, and to develop an Action Plan to help shape cultural policy in the country and boost the sector. Analysis showed, observed Zoran Galic, founder of the Vizart Film Association, that “each euro invested by the State in film-making delivers eight euros of turnover for the industry”.

A documentary film produced by Knjizni Blok, Croatia, and funded by the IFCD, mapped Croatia's publishing industry in 2012-2013 with the help of a group of legal experts and economists. It led to the proposal of concrete changes to Croatia's book market legislation and regulations. In the film, different stakeholders of Croatia's book sector, from authors to small and medium publishers, share their experiences and offer their testimonials, highlighting how small investments can lay the ground for policy changes and help create the conditions for creative industries to thrive.

The IFCD is notably used to promote South-South and North-South-South cooperation, contributing to achieving concrete and sustainable results and structural impact, where appropriate, in the cultural field.