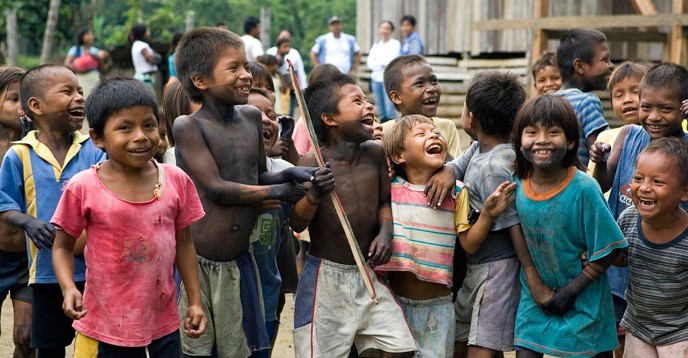 The Tenth Forum of Ministers of Social Development for Latin America was organized by the Government of Ecuador and H.E. Ms Beatiz Tola Bermeo, Ecuador's Minister of Economic and Social Inclusion, in co-operation with UNESCO’s Management of Social Transformations (MOST) Programme, in the City of Quito, Ecuador, from 2 to 4 October 2014. The theme was “Overcoming inequalities in Latin America: social transformations and public policies”. This Forum is part of a series of Fora of Ministers of Social Development organized in various regions and sub-regions as part of UNESCO's MOST Programme.

The fundamental objective of the MOST Programme is to strengthen links and cooperation between social sciences and public policy, especially in the field of social development. This fact gave the meeting a very specific identity that set the stage for a direct dialogue between the heads of social policies in the region and the main networks of social science research, enabling a broad exchange and the identification of objectives including a social sciences perspective allowing to achieve, design, implement and evaluate more effective policies, based on better knowledge of reality and its challenges.

In the case of Latin America, the Forum has acquired special significance because of the centrality that policies for social development have had in recent years in the region.

Latin America is not the poorest region in the world. Almost all of its countries are considered middle income. However it is the most unequal region in the world, and despite significant advances, part of the population still lives below the poverty threshold.

As development policies and social inclusion have been established and maintained for several years now and positive results are beginning to show, it is also more complex to continue deepening them effectively, because they must move to higher stages that go to the root of the problems and imbalances that still exist. Therefore the contribution of scientific knowledge is essential to better understand and act on a complex reality. The essential contribution of sciences and politics to this process is the consolidation of a common agenda, which is one of the fundamental objectives of the Forum. It should be noted that despite the many common features of the region, each national situation has its own characteristics, which requires that the relationship with scientific research is not only articulated at the regional level but also at the level of each country.

Another important reason that made this Tenth Forum of Ministers a very important meeting is that it took place on the eve of the international system to define the post-2015 development agenda. The contributions of the meeting will contribute to the debate on the importance of inclusion and social development policies, based on the recent experience of a region that has played an important leadership in this area during the first 15 years of this century.

Science and politics are two activities essential to society. Each have defined and differentiated fields of action, however, the dialogue and the contribution from both are essential to build more just and equitable societies that meet the most legitimate interests of humanity, especially when challenges to overcome are enormous, in the middle of uncertainty and complexity that characterizes contemporary society. UNESCO is committed to contribute to this goal.