Ten years after the 2004 tsunami, the Indian Ocean is better prepared to avert disaster 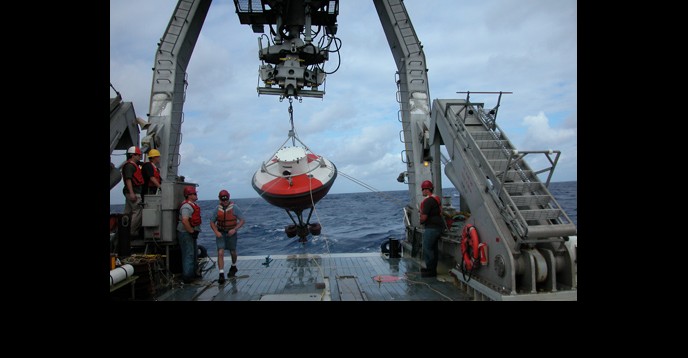 The Indian Ocean Tsunami Warning System, established following the 2004 earthquake, has improved the ability of Indian Ocean countries to handle a new tsunami. Nevertheless, some challenges still need to be overcome, notably the issue of long-term funding for the system.

Pictures of the havoc wreaked by the tsunami that struck countries around the Indian Ocean on 26 December 2004 travelled the world, showing destroyed homes, villages covered in mud and beaches strewn with all manner of debris. They gave us an idea of the magnitude of devastation that in just a few hours spread along the shores of Indonesia, Sri Lanka, southern India and western Thailand, and of the suffering that ensued.

That tsunami, unleashed by a 9.1 magnitude earthquake off the Indonesian island of Sumatra, was one of the deadliest in history. It claimed nearly 230,000 lives, led to the displacement of 1.6 million people, and caused material damages estimated at close to $14 billion.

This heavy toll is largely due to the fact that people were caught unawares and had no time to run for safety before the wave broke. The countries of the Indian Ocean did not dispose of a warning system as they had had little experience of tsunami occurrences, 70% of which take place in the Pacific Ocean and its adjacent seas.

Following this tragedy, Indian Ocean countries turned to UNESCO’s Intergovernmental Oceanographic Committee (IOC) to establish and coordinate an Indian Ocean Tsunami Warning and Mitigation System(ICG/IOTWS), similar to the one that has been operational in the Pacific Ocean since 1965. Two other warning systems were established at the same time—in the Northeast Atlantic and Mediterranean, as well as in the Caribbean—ensuring that all marine areas in the world are covered.

Officially launched in 2005, the Indian Ocean Tsunami Warning and Mitigation System became fully operational in 2011. Twenty-eight countries* constitute the Intergovernmental Coordination Group, the governing body of ICG/IOTWS. The three simulation exercises held  in 2009, 2011 and 2014 proved that the system was functional. They assessed the effectiveness of information flows between stakeholders and local emergency procedures.

Recent research has helped increase the effectiveness of the system. Post-tsunami investigations yielded a mass of data that improve our understanding of this natural phenomenon. Scientists are now able to model tsunami occurrences and see how they travel from the high seas to the shores.

In the Indian Ocean, a network of seismometers, tide gauges and buoys with satellite links provides data concerning underwater seismic tremors to three regional warning centres in Australia, India and Indonesia. These centres are then able to alert the relevant national authorities in the event of a tsunami.

Ten years after the tragedy, countries around the Indian Ocean are much better able to handle a tsunami than they were in 2004. Nevertheless, participants at an international conference organized by the IOC, and the Indonesian Agency for Meteorology, Climatology and Geophysics in Jakarta (Indonesia) from 24 to 25 November 2004 pointed to several challenges that must still to be overcome.

“Covering the last mile” is a major issue, because although the warning system is functional at the regional and national levels, it is necessary to make sure that populations living in remote areas will be reached in time to escape the wave.

Funding represents another hurdle. Considerable resources were granted by some countries, particularly Australia, India and Indonesia, when the present system was established. But direct funding by States plummeted from $9 million in 2005-2006 to less than $1 million in 2013-2014. Keeping the warning system operational is estimated to cost between $50 and $100 million dollars annually. This is the price that must be paid to keep the number of future tsunami victims down.

One Planet, One Ocean, Tsunami and Ocean Hazards, Monitoring the Ocean