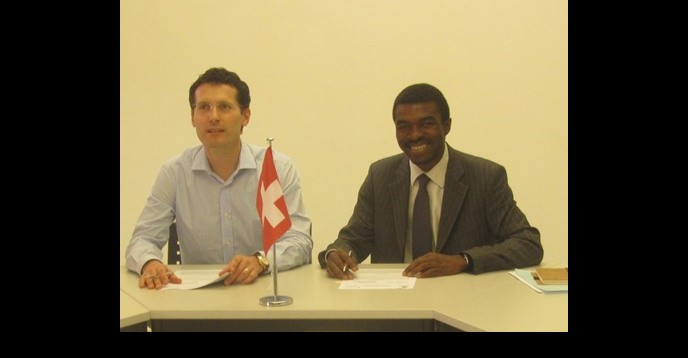 Switzerland stands as a privileged partner of UNESCO by recognizing the essential role of culture as a factor of consolidation of peace and of social cohesion.


On 9 May 2014 a partnership agreement between the Switzerland and UNESCO was signed in Bamako to support the Government of Mali for the rehabilitation of cultural heritage and the preservation of ancient manuscripts in the regions of northern Mali, following the conflict that the country has experienced in 2012 and 2013. Thanks to the support of the Switzerland, UNESCO and Mali will be able to continue the work of documentation and assessment of the situation of the cultural heritage before, during and after the conflict. Urgent activities of reconstruction and rehabilitation of damaged heritage will also be implemented with the involvement of local communities as well as the conservation of ancient manuscripts and the revitalization of intangible cultural expressions.

These activities will contribute to the renaissance and the upgrading of cultural identities affected by the armed conflict. They will also support the potential for recovery of cultural heritage with a view to revitalizing the economy. They will help to strengthen the institutions responsible for the conservation and management of cultural heritage and of ancient manuscripts. Finally, they will contribute to improve the quality of life of the populations affected by the conflict by reinstating the cultural and socio-economic conditions prior to the conflict while preserving the memory of recent events.

During the signing of the agreement, Mr Mirko Manzoni, Director of Office of Swiss Cooperation in Mali indicated that "the Swiss Government is committed to supporting the action plan for the rehabilitation of cultural heritage and the safeguarding of the Mali manuscripts because there is no development of a country without its history; the past of Mali also participates in its future”.

UNESCO’s Director-General welcomed the signing of the agreement that allows a decisive acceleration of works and studies undertaken for the rehabilitation and protection of Malian heritage, of which many sites, documents and traditions are also inscribed on the lists of World Heritage, Intangible Heritage, or on the Memory of the World register. "The very strong commitment of the Switzerland rightly recalls that the Malian cultural heritage, inseparable from the Malian identity and society, is also the common good of humanity, and a force of cooperation, dialogue and peace. Through this rehabilitation, which was a promise of UNESCO, it is an entire community that builds confidence to project itself into the future”.