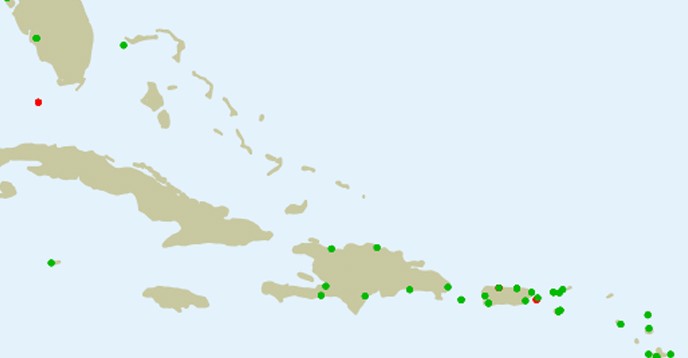 Brazil, Monaco, the European Union and St Vincent & the Grenadines contribute to strengthening the sea level observation network to monitor tsunamis and other coastal hazards in the Caribbean.


In the past 500 years, more than 75 tsunamis have been documented in the Caribbean and adjacent regions. They have caused more than 3,445 deaths since 1842. The most destructive known events have occurred in: 1692 in Port Royal, Jamaica; 1770 in Port-au-Prince, Haiti; 1842 in Port-de-Paix and Cap Haitian; 1867 in Charlotte Amalie, US Virgin Islands; 1882 in San Blas Islands, Panama; 1918 in US Puerto Rico and 1946 in Matanzas, Dominican Republic, with at least 1,800 victims for this last event alone.

Since then, fast paced development along the Caribbean coastlines has resulted in an explosive increase in residents, visitors, infrastructure, and economic activity. Therefore the potential for human and economic loss is now significantly greater.

The Intergovernmental Oceanographic Commission of UNESCO (IOC-UNESCO) is committed to continue developing end-to-end coastal hazard early warning systems to protect the growing population of the Caribbean, save lives and increase tsunami preparedness and readiness in the region. IOC-UNESCO’s tsunami coordination experience in the Pacific has shown that a proper network of sea-level measurement stations do help to provide timely and accurate early warnings in tsunami-prone areas.

Six new sea-level stations were commissioned to strengthen the regional observation network. They were installed in Haiti, the Cayman Islands, Guatemala, St Vincent & The Grenadines and St Kits & Nevis with the support of Brazil, the European Union, Monaco and St Vincent & The Grenadines. The new lea-level stations are now up and running; they are already delivering data through the IOC Sea Level Monitoring Facility and contributing to monitoring efforts in the region to keep coastal residents safe.