Stepping up stakeholders’ involvement in the fight against trafficking of culture 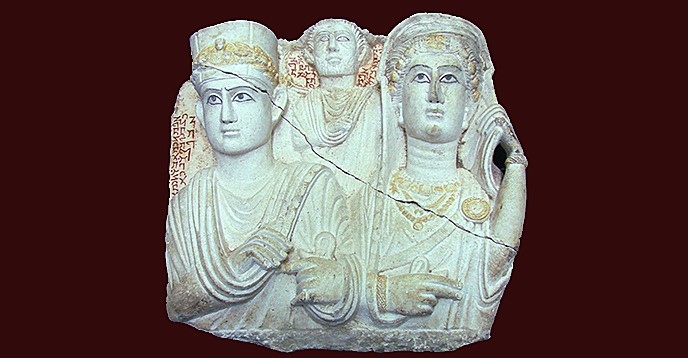 As the full extent of the damage to Palmyra is being revealed, now that extremists have been pushed out of the Syrian World Heritage site, evidence of looting there highlights how important it is to contain the illicit trade in cultural properties in order to preserve heritage.

Participants at a day-long series of roundtables on 30 March agreed on the ethical responsibility of all players in the international art market to ensure that their actions as sellers and buyers do not contribute to an illegal trade that is depriving peoples in different parts of the world of their heritage, a problem that is particularly acute in countries in conflict.

Sadly, Palmyra is not the only victim of pillaging, a scourge that affects numerous monuments, archaeological sites, museums and other collections in conflict areas.

Setting the tone for the discussions, Francesco Bandarin, Assistant UNESCO Director-General for Culture, highlighted that “illicit trafficking of cultural objects destroys the markers of civilizations and identities, finances terrorism and represents a threat to security. It is also damaging the reputation of the art market. We need to cooperate to combat this seriously. It is in the interest of the professionals of the art market to self-regulate their activities and of States to strengthen their policies to fight illicit traffic. Especially now, the art market has to be vigilant to verify the provenance of archaeological objects coming from countries in conflict such as Iraq and Syria, but also Libya, Mali and Yemen.”

The event, co-organized by UNESCO and the French public auction regulatory body Conseil des Ventes Volontaires, brought together representatives of the art market, museums, and organizations such as INTERPOL, the World Customs Organization, the UN Security Council Monitoring Team and UNIDROIT, as well as government representatives and cultural heritage and legal experts. All agreed on the need for strengthened cooperation to fight illicit trafficking in objects plundered from archaeological sites and museums which are finding their way to international markets and online platforms in ever greater number.

Taking stock of the extent of the challenge, participants acknowledged that awareness and vigilance have improved in recent years, and national and international laws and mechanisms are in place, including UN Security Council Resolution 2199 - which highlights the inextricable link between illicit trafficking in cultural property and international security issues.

But, participants noted that traffickers are running increasingly sophisticated operations and that organized crime is also becoming more involved in the illicit art trade valued at $3.4 to $6.3 billion annually, according to the US-based organization, Global Financial Integrity.

Speaking of the economics of the international art market, and characterizing it as speculative, volatile and competitive, professor Françoise Benhamou noted that “the top three markets globally are Europe, China and the USA. For instance, China in 2014 occupying second place behind the USA had a 29.50% share worth approximately 8 billion euros.”

Conflict situations are increasing the vulnerability of museums, archaeological sites and private establishments, and limiting the ability of police and customs services to enforce the law. Ali Ahmed Ali Farhan, Director General of Egypt’s Seized Artifacts Department stated that “Looters of archaeological sites take advantage of instability in Egypt and the stolen objects leave the country illegally hidden in trucks – so the problem starts at home. In transit countries, transport certificates are issued so from there the object enters the market as registered cultural property. Fake provenance documents and invoices are fabricated by organized criminals.”

Stolen cultural objects pass from hand to hand, and cross multiple borders, before arriving, with assurances of good provenance, to dealers. Artefacts sometimes spend years in transit or in hiding which contributes to the difficulty of tracking, authenticating and restituting them.  These difficulties were illustrated by vivid examples from Egyptian, Malian and Turkish museums and Italian, Swiss and American culture police representatives.

The capital importance of exercising due diligence in checking the provenance of cultural objects was strongly emphasized. Corrado Catesi of INTERPOL pointed to his organization’s Database of Stolen Works of Art as “a key tool at the service of all stakeholders including the private sector” and Catherine Muganga from the United Nations Office on Drugs and Crime reminded participants that “a lack of due diligence can result in criminal or civil penalties.”

According to Catherine Chadelat, the Conseil des Ventes Volontaires in its authoritative role as a market regulator, “strongly encourages market actors to not only comply with applicable regulations but to go further and take on a personal ethical responsibility.”

Stressing the importance of cooperation and communication, Cecilia Fletcher from Sotheby’s said that “the approach of major auction houses has improved substantially in the last decade on standards of due diligence, scrutiny and ethical behavior … as well as close working relationships with law enforcement agencies and ministries of culture. This is in the commercial interest of auctioneers, sellers, dealers and gallerists,” she argued.

Rounding out the exchange of stakeholders, Jean Claud Gandur, art collector and President of the Gandur Art Foundation, added: “Collectors and museums are the last link in the chain and matter the most… They need to be ethical, proactive, and educated on who to go to with questionable objects.”

Participants agreed that increased awareness, cooperation and communication between the public and private sectors can stem and remedy this scourge. Recommendations focused on heightening due diligence by market agents, notably dealers, gallery owners, on-line platforms and collectors, reinforcing penal sanctions, stepping up training for police and customs officials, and harmonizing international and national regulations.

In closing, the Chairperson of the Subsidiary Committee of the UNESCO 1970 Convention Ms María Vlazaki, the representative of the CVV Ms Catherine Chadelat, and the Director of the UNESCO Heritage Division Ms Mechtild Rossler made a plea to all actors to work more closely together to prevent illicit trafficking of cultural objects, especially from conflict regions.