A Step towards New International Guidelines on Reproducing Heritage 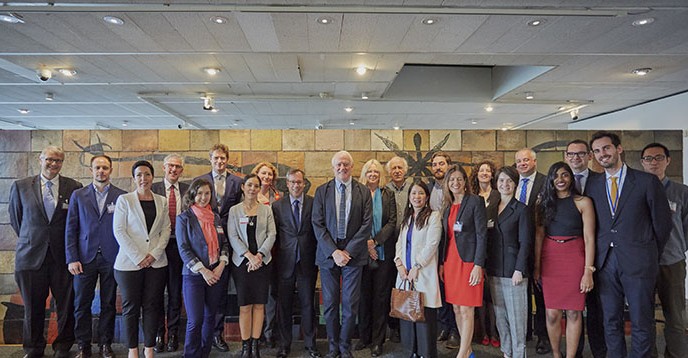 The reproduction of cultural heritage, and the ways copies are created, shared and used, are greatly impacted by new technologies.  In light of this, the new initiative “Reproduction of Works of Art and Cultural Heritage” (ReACH) spearheaded by the Victoria & Albert Museum London (“V&A”) in partnership with the Ziyavudin Magomedov Charitable Foundation Peri, was launched on International Museum Day, at an event jointly organized by UNESCO and the V&A at UNESCO Headquarters on 18 May 2017.

2017 marks the 150th anniversary of the Convention for Promoting Universally Reproductions of Works of Art for the Benefits of Museums of All Countries, which was initiated in 1867 by Henry Cole, V&A’s first Director. The Convention, with signatories from 11 European countries, was one of the first international treaties to promote the mutual benefits of sharing reproductions of works of art relating to historical monuments for educational purposes.  The ReACH initiative aims to re-contextualize the reproduction of cultural heritage in response to the global advent of information and communication technologies (ICTs).

The meeting was an opportunity for international experts from renowned museums and academic institutions around the world to exchange on the immense potential of reproducing art and heritage that comes about when the vision and capabilities of technology and museum experts are joined together.

Stressing that technologies should serve peoples’ and museums’ needs to increase the capacity to preserve the world’s cultural legacies, and to give all members of society wider access to culture, Tristram Hunt, Director of the V&A, stated that, “there is a sense of social justice around this issue. It was there in 1867 but has grown exponentially in today’s world, where we see culture succumbing to conflict alongside the expanding role of museums as centres of social engagement, learning, research and preservation.” UNESCO Assistant Director-General for Culture, Francesco Bandarin, underlined the potential of ICTs in preserving and securing endangered heritage, and the particular importance of an “inclusive approach to the issue by involving those primarily concerned through the widest possible consultation process.”

The ReACH initiative will now bring this global conversation on a world tour through a series of five roundtable discussions and events through 2017 which will conclude with a final event at the V&A in London on 8 December with the aim of elaborating new guidelines on the reproduction of art and cultural heritage.