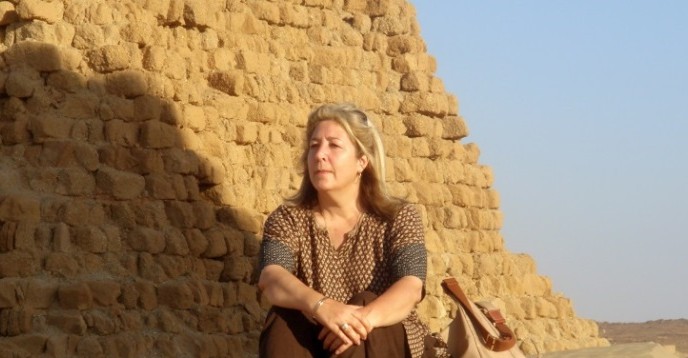 Véronique Dauge, Head of the Culture Unit at the UNESCO Regional Bureau for Science and Culture in Europe, Venice (Italy), joined her new team in October 2013. Trained as an art historian and archaeologist, with a specialization in Oriental studies, she worked in various cultural institutions among which the Institut français d’architecture, the Centre Georges Pompidou and the National institute for oriental languages and civilisations, prior to joining UNESCO nearly 25 years ago.


You joined UNESCO in 1989 as an Associate Expert to work on the safeguarding of Angkor in Cambodia. What was the course of your work?

Following the recently signed Peace agreement, I was privileged to be part of the team which initiated the future UNESCO programme for the safeguarding of Angkor, including the first intersectoral UNESCO mission that went to Cambodia late 1989.  I further participated in the establishment of the UNESCO Office in Phnom Penh, and its antenna in Siem Reap - Angkor, where I spent 3 years as Culture programme officer. Post-war recovery situations are extremely challenging but also rewarding, notably in the sense that you feel part of the revival process of the country. With the initial team of the office, utterly devoted, we contributed to the reinforcement of the national cultural bodies, such as the Angkor Conservation, the National Museum, the University of Fine Arts, and to establishing a coordination mechanism for the international aid coming to Angkor. The problems faced by this outstanding site, inscribed on the World Heritage List in 1992, were considerable: years of war and neglect, weathering and degradation, lack of human and financial resources, looting and illicit trafficking of cultural property.

In 1994, you returned to UNESCO’s Headquarters, at the Division of Cultural Heritage, before moving again in 1998 to the Middle East. What were your main achievements?

Upon my return from Cambodia, I was offered the possibility to work on a totally different geographic area, that of the Middle East. This included notably the follow-up of the safeguarding of the Old City of Jerusalem and challenging projects such as the large scale archaeological excavation programme in the city centre of Beirut and the elaboration of the UNESCO Emergency action plan for the Bethlehem area, in view of the celebration of the year 2000. The latter led to the establishment of the UNESCO Office in Ramallah, where I contributed in the development of cultural programmes, among others. As in the case of Cambodia, although in a different context, the Palestinian institutions were building up, with the assistance of the international community, with great expectations of peace and dialogue. Further on, between 2001 and 2004, I moved first to the UNESCO Office in Amman, Jordan, and then to the Beirut Cluster Office, in charge of the culture files in Jordan, Iraq, Lebanon and Syria. It would be too long to go through the marvels I had the opportunity to discover and the encounters made on the way. As indeed, culture at large and cultural heritage in particular live only through the hearts and energy of the people who preserve their heritage, maintain the traditions and renew them daily by their creativity.

Following many years in the field, being back at Headquarters proved very useful, as it allows having the overview of UNESCO’s programmes and feel part of the global picture. I strongly believe that all staff should have this experience of working both in the field and at Headquarters so as to fully apprehend their mission. As for me, working at the World Heritage Centre in a Unit that encompasses the entire Arab Region was extremely instructive. Despite many common characters, if only the language, which is a considerable asset, all these countries are unique and cooperating with them was a great experience. It also allowed me to better understand the World Heritage Convention at large, its mechanisms and the reflexion that goes with it. The task was quite overwhelming, with a small team, enthusiastic and dedicated - carrying out activities in the field of capacity building, monitoring, conservation, establishing a regional network of experts and managers, developing a regional programme. Many new sites in the Arab States were inscribed on the World Heritage List during this period, in particular sites from the countries of the Arabian Peninsula for the first time, such as in Bahrain, Qatar, Saudi Arabia and United Arab Emirates. However, these last few years were clouded by the escalation of violence and conflicts in the region. You have certainly read the appeals and statements of the Director-General of UNESCO, Irina Bokova, expressing her concern and dismay, not only for the loss of human lives, notably in Syria, but also for the destruction of the invaluable cultural heritage, testimony of hundreds and hundreds of years of civilisation and creativity. The loss is irreversible and although it can make us despair of our efforts, it must reinforce our will to pursue the endeavour inscribed in UNESCO’s mandate.

You seem not to be able to resist the temptation of moving and of taking up challenges. Your UNESCO itinerary started in South-East Asia, through the Arab States to reach South-East Europe. With this new UNESCO assignment in Venice, a UNESCO World Heritage site since 1987, are you setting new challenges?

Indeed, I cannot resist the attraction of new horizons! I still miss assignments in Africa and Latin America and the Caribbean to complete my tour of the world learning of other ways of living, thinking and expressing one’s culture. Changing is also the best way to rewire one’s brain and keep the passion and energy up, both in life and work. As an art historian and cultural heritage professional, living and working in Venice is of course a dream, and the opportunity to participate in UNESCO - Private Committees Joint Programme for the Safeguarding of Venice is a privilege that I greatly appreciate. Discovering South-East Europe, its long and complex history, its rich and diverse heritage is intellectually very exciting and represents a new adventure which I look forward to, with the support of the kind and competent team I have found upon my arrival. Thanks to their patience in initiating me to this world, I look forward to this new chapter of my UNESCO itinerary and hope that my experience and commitment will serve UNESCO’s counterparts in the region.