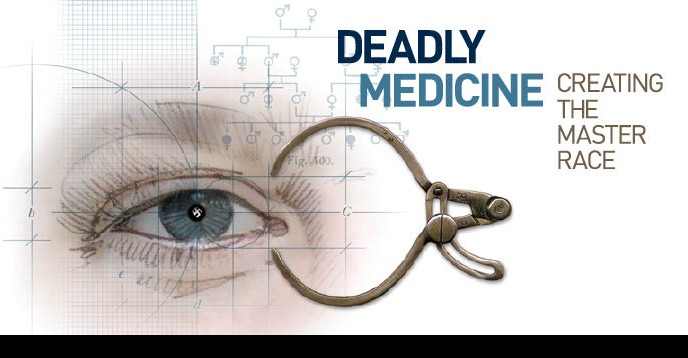 South African Holocaust and Genocide Centre has launched a one-year project on advancing Holocaust and genocide education in South Africa in conjunction with the presentation of the exhibition “Deadly Medicine: Creating the Master Race”. The exhibition – originally created by the USHMM -- is hosted by the Cape Town Holocaust and Genocide Centre from 22 February to 28 March 2018 and is accompanied by a series of educational workshops and academic events on the topic of the pseudo-science of race pursued by the Nazi regime.

The educational activities accompanying the presentation of the exhibition in South Africa are the outcome of the participation of a team of South African education stakeholders in the International Conference on Education and the Holocaust organized by UNESCO and the USHMM from 4-8 December 2017 in Washington, DC. During the conference, participating national teams from ten countries were trained to confront key challenges of delivering Holocaust and Genocide Education in their respective countries and developed educational projects tailored to their national contexts.

The core of the project is the USHMM travelling exhibition “Deadly Medicine: Creating a Master Race”, which will be displayed in four South African cities.

The exhibition traces the pseudoscientific legitimization of racism from the early 20th century eugenics movement to the Nazi regime’s measures of “racial hygiene”. Under Adolf Hitler, scientists aimed to modify the genetic makeup of the population to fit the National-Socialist ideology of a superior master race. The exhibition questions the role of scientists and medical staff who contributed to the legitimization of the “science of race” through their research and actions.

In each city, the exhibition will be accompanied by guided visits and workshops for secondary education students, university students, teachers and nurses in training. These activities are anchored in South Africa’s Grade 11 National History Curriculum which focuses on Nazi racial ideology and its links to colonial anthropology in Namibia and eugenics in the United States of America. In Cape Town, the first round of workshops was well-received. The participating high school students and tertiary and post-graduate students from the University of Cape Town responded overwhelmingly positive to the exhibition. For many, the visit marked their first encounter with the Nazi regime’s scientific programme. The participants linked their impressions to South African history of Apartheid and present-day scientific ethics and responsibilities. Overall, the Centre valued the exhibition as an important means by which teachers, university and secondary students are able to think about and engage with the history of the Holocaust at their own levels.

In April, the exhibition will move to Stellenbosch, where it will be displayed at the Stellenbosch University Museum from 4 April to 28 May 2018. As in Cape Town, a series of workshops for students and postgraduate teachers have been organized.