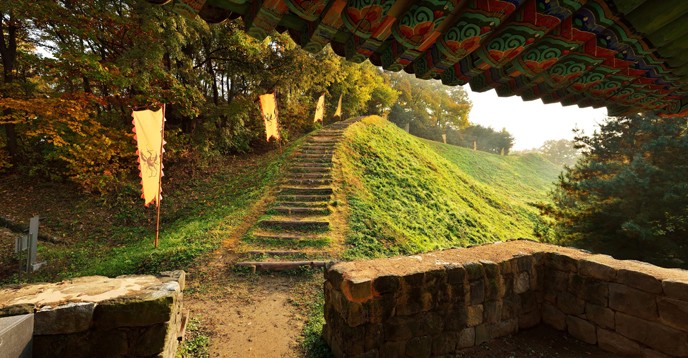 Tusi sites (China)—Located in the mountainous areas of south-west China, this property encompasses remains of several tribal domains whose chiefs were appointed by the central government as ‘Tusi’, hereditary rulers from the 13th to the early 20th century. The Tusi system arose from the ethnic minorities’ dynastic systems of government dating back to the 3rd century BCE. Its purpose was to unify national administration, while allowing ethnic minorities to retain their customs and way of life. The sites of Laosicheng, Tangya and Hailongtun Fortress that make up the site bear exceptional testimony to this form of governance, which derived from the Chinese civilization of the Yuan and Ming periods.

Susa (Islamic Republic of Iran)—Located in the south-west of Iran, in the lower Zagros Mountains, the property encompasses a group of archaeological mounds rising on the eastern side of the Shavur River, as well as Ardeshir’s palace, on the opposite bank of the river. The excavated architectural monuments include administrative, residential and palatial structures. Susa contains several layers of superimposed urban settlements in a continuous succession from the late 5th millennium BCE until the 13th century CE. The site bears exceptional testimony to the Elamite, Persian and Parthian cultural traditions, which have largely disappeared.

Cultural Landscape of Maymand (Islamic Republic of Iran)—Maymand is a self-contained, semi-arid area at the end of a valley at the southern extremity of Iran’s central mountains. The villagers are semi-nomadic agro-pastoralists. They raise their animals on mountain pastures, living in temporary settlements in spring and autumn. During the winter months they live lower down the valley in cave dwellings carved out of the soft rock (kamar), an unusual form of housing in a dry, desert environment.  This cultural landscape is an example of a system that appears to have been more widespread in the past and involves the movement of people rather than animals.

Singapore Botanical Gardens (Singapore)—Situated at the heart of the city of Singapore, the site demonstrates the evolution of a British tropical colonial botanic garden that has become a modern world-class scientific institution used for both conservation and education. The cultural landscape includes a rich variety of historic features, plantings and buildings that demonstrate the development of the garden since its creation in 1859. It has been an important centre for science, research and plant conservation, notably in connection with the cultivation of rubber plantations, in Southeast Asia since 1875.

Baekje Historic Areas (Republic of Korea)—Located in the mountainous mid-western region of the Republic of Korea, this property comprises eight archaeological sites dating from 475 to 660 CE, including the Gongsanseong fortress and royal tombs at Songsan-ri related to the capital, Ungjin (present day Gongju), the Busosanseong Fortress and Gwanbuk-ri administrative buildings, and the Naseong city wall related to the capital, Sabi (now Buyeo), the royal palace at Wanggung-ri and the Mireuksa Temple in Iksan related to the secondary Sabi capital. Together, these sites represent the later period of the Baekje Kingdom – one of the three earliest kingdoms on the Korean peninsula (18 BCE to 660 CE) - during which time they were at the crossroads of considerable technological, religious (Buddhist), cultural and artistic exchanges between the ancient East Asian kingdoms in Korea, China and Japan.

Great Burkhan Khaldun Mountain and its surrounding sacred landscape (Mongolia)—The site is situated in the north-east of the country in the central part of the Khentii mountain chain where the vast Central Asian steppe meets the coniferous forests of the Siberian taiga. Burkhan Khaldun is associated with the worship of sacred mountains, rivers and ovoo-s (shamanic rock cairns), in which ceremonies have been shaped by a fusion of ancient shamanic and Buddhist practices. The site is also believed to be the place of Genghis Khan’s birth and burial. It testifies to his efforts to establish mountain worship as an important part of the unification of the Mongol people.

The inscription of sites will continue through 5 July. The Committee will end its 39th session on 8 July.

Live broadcast of the Committee’s work:

Video footage of some of the sites added to the World Heritage List will be available here as soon as they are inscribed: http://www.unesco.org/new/en/media-services/multimedia/news-videos/b-roll