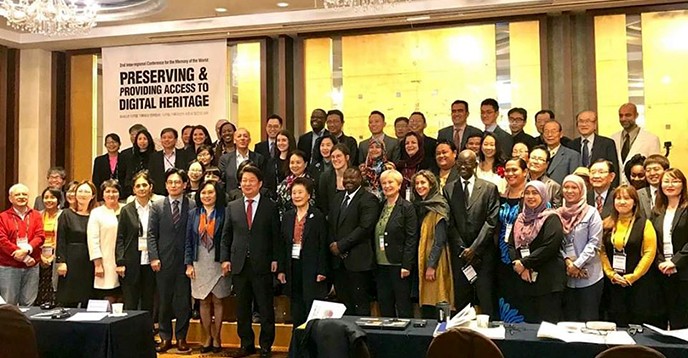 The second Inter-regional Conference for the Memory of the World (MoW), under the theme “Preserving and Providing Access to Digital Heritage”, was held from 5 to 8 November, 2019, in Gwangju and Daegu, Republic of Korea.

The conference was organised by UNESCO with the support of the Asia Culture Center (ACC), the Asia Culture Institute (ACI), the Commemorative Association of the National Debt Redemption Movement, and the Memory of the World Committee for the Asia Pacific (MOWCAP).

In response to the UNESCO Recommendation Concerning the Preservation of, and Access to, Documentary Heritage Including in Digital Form (2015), the conference aimed to bring together experts and MoW Committees from Asia-Pacific, Latin America and the Caribbean and Africa to discuss strategies and initiatives for the preservation of, and access to, digital heritage, including the latest policy tools and guidelines.