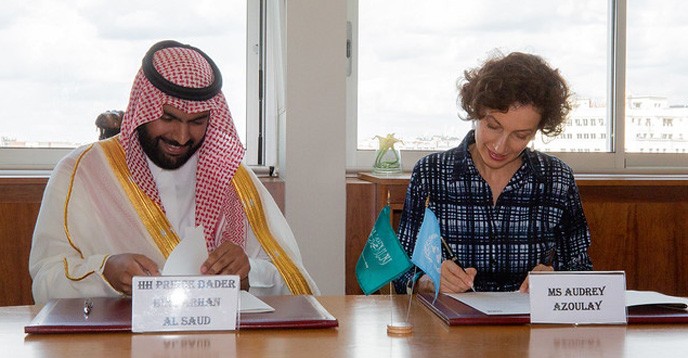 His Highness Prince Badr bin Abdullah bin Farhan Al Saud, Minister of Culture of the Kingdom of Saudi Arabia, and Audrey Azoulay, Director-General of UNESCO (United Nations Educational, Scientific and Cultural Organization), have signed a Letter of Intent formalizing the commitment of Saudi Arabia to contribute US$25 million to UNESCO strategy and actions for the preservation of heritage.

Areas to be covered include digital technologies, sustainable cultural tourism, the safeguarding of traditional building techniques, the preservation of World Heritage sites and the promotion of creative economies, among others. Activities will contribute to the advancement of UNESCO’s priority programmes as well as to the achievement of Sustainable Development Goals of the United Nations 2030 Agenda.

This Letter of Intent follows the signing of a Memorandum of Understanding between UNESCO and the Ministry of Culture in March 2019, with a view to signing a more comprehensive agreement later this year. Final discussions on projects and specific activities to be implemented are ongoing, and further elements shall be provided at a later stage.