Reviving the Spirit of Mosul 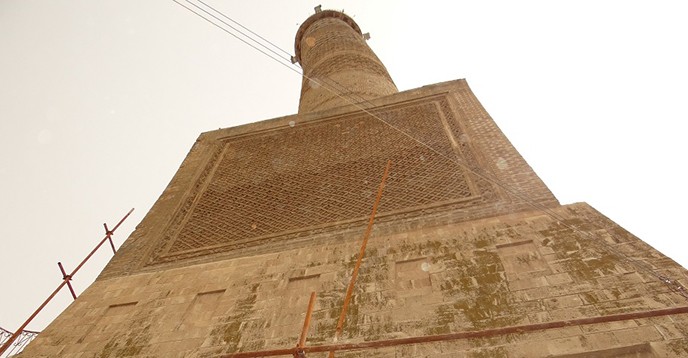 OpEd by the Director-General published by Asharq Al-Awsat on 17 February 2018.

Last week, the world made a great commitment to rebuild Iraq following the recent defeat of ISIS. Recognizing the immense courage of the Iraqi people and the depth of their suffering, the Kuwait International Conference for the Reconstruction of Iraq pledged to rebuild infrastructure so that the country can once again prosper.

Mosul is the living symbol of Iraqi’s pluralistic identity. For centuries, it was at the crossroad of culture in the Middle East. From the Sumerian cities to Babylon, from the walls of Nineveh to the Silk Road, the region has been a melting pot of people and ideas. For the last three years, this story of peace – the true spirit of Mosul - has been overshadowed by another story of hatred and violence.

The conference stressed the importance of putting the human dimension at the heart of our efforts for sustainable reconstruction. So we launched “Revive the Spirit of Mosul”, an initiative for the reconstruction of the Old City, both its physical infrastructure and restoring the dignity of its people. When war is waged against culture and education, response must be culture and education. This is the only long-term solution against extremism.

The destruction of the University of Mosul Library, the dynamiting of the Al-Hadba minaret and the pillaging of the Nabi Yunus Shrine, emblem of the religious coexistence of the three religions of the Book – shocked the world. Public libraries were burnt, music was silenced, artists attacked and cafes closed.

Thousands of children have learned war and been indoctrinated with an intellectually corrupt ideology. They have not received an education – the essential tool for building the future. To avoid raising a lost generation, we must teach peace but also reinfuse these communities with the culture of peace, steeped in Iraq’s rich history and cultural life.

The revival of the Old City of Mosul is the cornerstone of our initiative, supported by both UN Secretary-General Antonio Guterres and the Iraqi Prime Minister, Haider Al-Abadi. This initiative means restoring architectural symbols that bring the Iraqi people together, in all its diversity. Many key actors like the European Union, neighboring countries and international organizations expressed great interest in participating in this effort that UNESCO will coordinate.

UNESCO will bring its expertise in damage assessment to restore and reconstruct the emblematic sites of the historic center. We will work hand-in-hand with the local population and the government to restore bookshops, cultural centers and museums – including the Museum of Mosul, which was tragically ransacked.

We will provide opportunities for technical and vocational training, particularly in traditional building techniques, so that Iraqis will have the skills to actively contribute to this reconstruction.

The great civilizations of this region defined the course of humanity, through a thousand-year dialogue, which gave birth to the wheel, writing, mathematics and law. We will work with our Iraqi counterparts to ensure future generations will learn of their proud heritage, through the school materials that we are developing, including a new school curriculum, which puts humanities at its core along creativity, critical thinking and values of respect. This is the only way to ensure that fanaticism does not prevail once more.

This “Revive the Spirit of Mosul” initiative will be UNESCO’s main contribution to the United Nations’ Response and Resilience program designed to help Iraq’s government fast-track the social dimensions of reconstruction.

Later this year, we will organize an international conference at UNESCO Headquarters, with the Iraqi government and all our partners, to design a blueprint for this reconstruction.

Through culture and education, we can restore trust and create the conditions for a common future. This reconstruction will take time but, brick-by-brick, lesson-by-lesson, together we can revive the true spirit of Mosul.